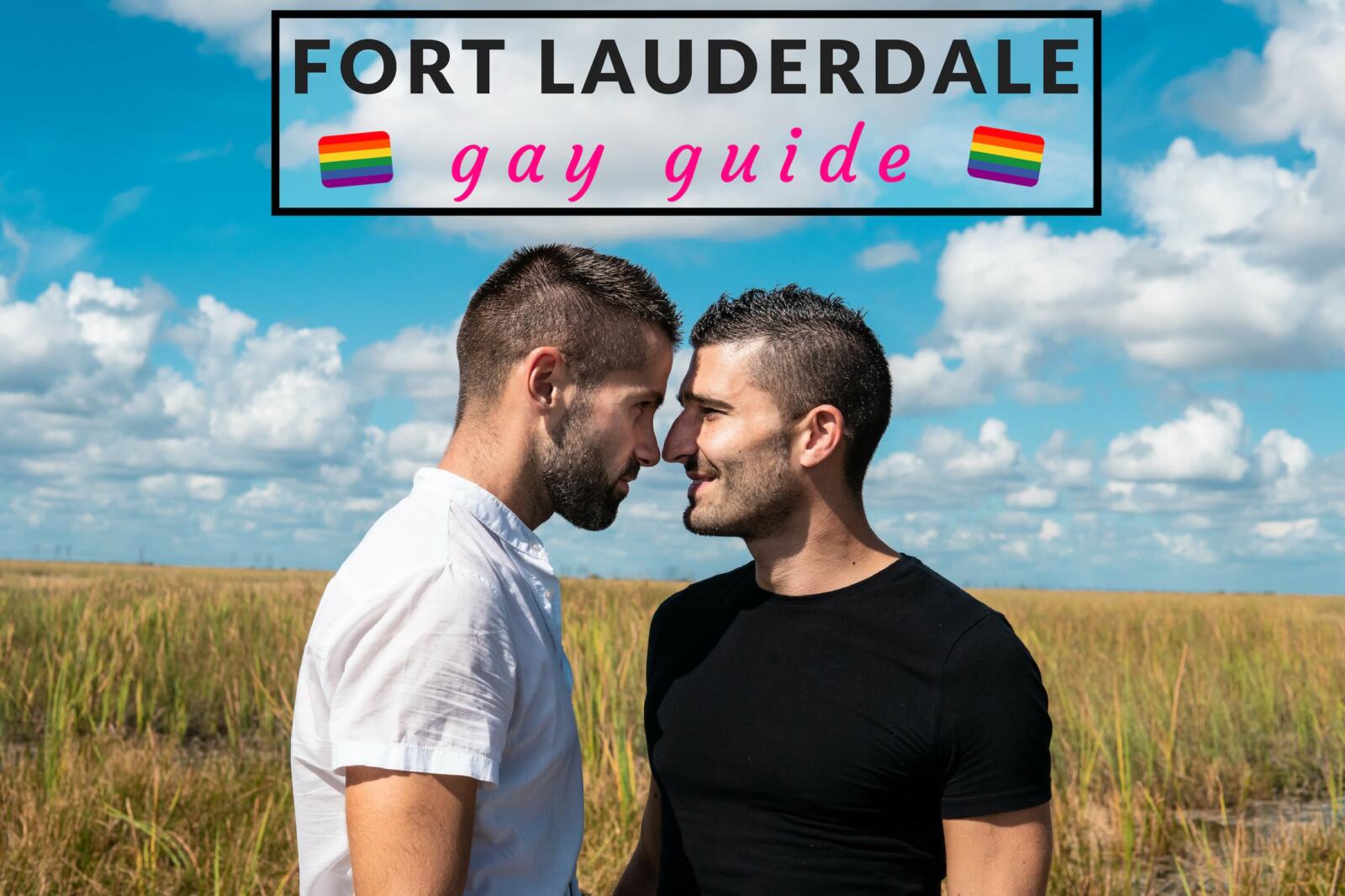 Over the past few decades, Fort Lauderdale has evolved massively to become the gay capital of Florida as well as one of the top LGBTQ destinations in the USA. The city has everything to suit all LGBTQ travellers including clothing optional male-only resorts, gay beaches, many gay events taking place throughout the year and of course the gay scene of Wilton Manors!

We've been several times to Fort Lauderdale, either as a stopover for a cruise, or to go to one of the many gay parties they have here throughout the year like “Wicked Manors” on Halloween. We always love coming here, particularly as it's a 365 day destination. There's always something happening and you're almost always guaranteed gorgeous sunny weather.

This is our detailed gay guide to Fort Lauderdale featuring highlights from the gay scene of Wilton Manors, the best gay beaches, events and gay hotels to stay.

The gay area of Fort Lauderdale

Just tell your Uber or Lyft driver to head straight to Wilton Manors. This is where all the action happens. It's comprised of several blocks where all the gay hangouts can be found as well as gay shops like Pride Factory, and museums like the Stonewall National Museum and the World AIDS Museum.

One hidden gem in the area you should check out is the unassuming road near Wilton Manors called “Eucalyptus Gardens”. It's a Bohemian block of cafes and colourful gay friendly hangouts. One particular favourite of ours in Eucalyptus Gardens is “Voo La Voo“ who do the best omelettes we've ever tried, as certified by our discerning Frenchman:

Where to stay in Fort Lauderdale

Grand Resort is one of the most famous gay hotels in Fort Lauderdale, mainly due to its association and sponsorship of Ru Paul Drag Races (which we're massive fans of).

It's located a few blocks from the beach, which for us ticks all the boxes. The front part includes a pool area, and the back includes a hot tub and relaxation area, which is clothing optional. The Spa is excellent, particularly the deep tissue massage.

Rooms at the Grand Resort start from $150.

This is a real treat! Although not directly next to the beaches, it's in our opinion one of the best gay hotels in Fort Lauderdale. It's more expensive than the others, but totally worth every cent!

It's full of greenery at Pineapple, with massive rooms and plenty of clothing optional communal areas, which includes hot tubs, pools and a gym. The happy hour at 6pm is a sweet touch, which encourages socialising between guests.

This is one of the largest W hotels in the world, with 550 rooms. It's super trendy and chic, with a super cool bar and highly rated restaurant called “El Vez”.

What we love most about the W brand is that it is world famous for being very gay friendly. For example, upon arriving at the W Hotel Fort Lauderdale, we noticed gay weddings are openly advertised in the lobby, and they also host LGBTQ events like “Night of 1,000 Chers”.

As mentioned above, these are just a sample of the main gay clubs in Wilton Manors. Check out our guide to the gay scene of Wilton Manors for a more comprehensive list.

Fort Lauderdale is famous for its long white sandy beaches. These are the main gay beaches to check out:

As Fort Lauderdale is one of the gayest places in the US, they have many LGBTQ events taking place throughout the year. We set out the main ones below, including the main ones that take place in Miami, which is only 45 minutes drive away:

For more Florida inspiration, read our other posts:

4 thoughts on “Gay Fort Lauderdale: guide to the best bars, clubs, beaches and hotels for 2020”