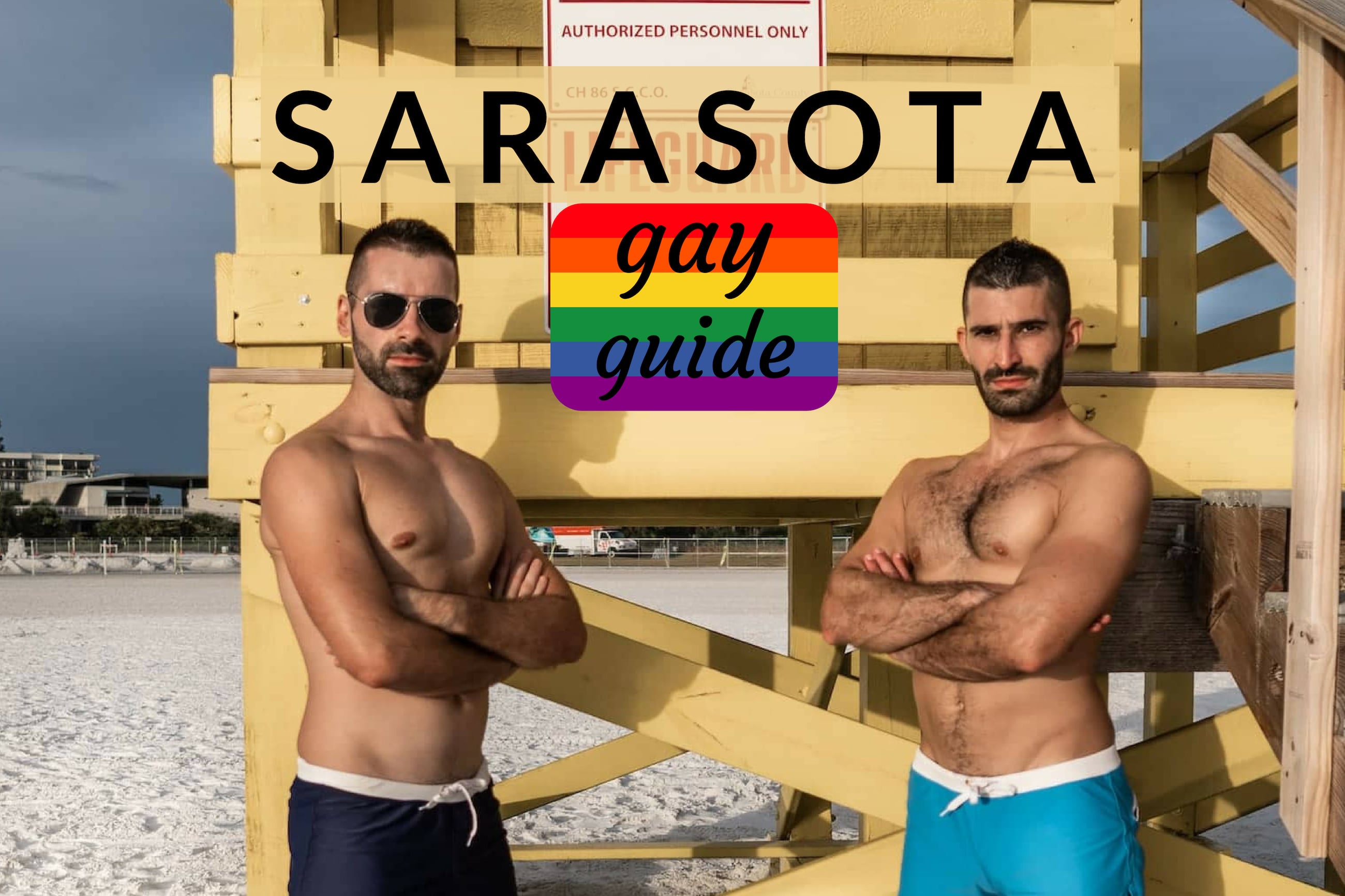 Sarasota is a destination that most gay travellers to Florida are likely to overlook, opting for nearby St. Petersburg instead.

We'll be very honest, before coming to Sarasota we knew very little about it. However, it turned out to be the hidden gem of our trip, a place we would definitely love to return to. As well as being the cultural capital of Florida with so many things to do, it also has a fun gay scene worth checking out, with annual events like the “Harvey Milk Festival” and “Sarasota Pride”.

The gay scene of Sarasota is so small that even gay locals we met advised us to instead head to nearby St. Pete to party. This is no surprise given that St. Pete is 5 times larger than Sarasota. Despite its size, Sarasota still has a handful of places worth checking out for a fun gay night out:

For details of the latest gay parties taking place in Sarasota, check out SarasotaOut. Also, watch our video below featuring the drag shows of Purple Rhino and sexy dancers of Oasis:

Sarasota is not shy of beaches at all! It has many miles of white sandy beaches, including the most famous: Siesta Key. We loved it because as a gay couple, we didn't feel out of place here. We found it to be chilled and very relaxed. Gay travellers should also check out Sarasota's official gay beach, North Lido, which is also rated as one of the best gay beaches in Florida.

Unlike Siesta Key beach, North Lido is more popular with LGBTQ locals. It is more secluded and private, lined with sand dunes and a large forest. The gay area is at the northern end. To reach it, turn right (heading north) from the lifeguard station and continue walking for around 1/4 mile to the dunes nearest Longboat Key and New Pass. Take note: despite North Lido Beach being so secluded, it is no longer a nude beach, so you risk getting a penalty if you're caught naked as anti nudity laws are strictly enforced.

Whichever beach you go to in Sarasota, we guarantee that you will have a stunning sunset every evening.

Despite its size, there are a number of annual gay events in Sarasota, including several Prides, a film festival and an exhibition celebrating diversity:

Where to stay in Sarasota

Whilst there are no exclusively male-only gay hotels in Sarasota, there are however a handful of gay friendly places to stay. We've set out some of the best ones below, based either on our first hand experience or from recommendations from fellow gay travellers:

For more inspiration from our Florida trip:

4 thoughts on “The Best Gay Bars in Sarasota: a complete guide for the LGBTQ traveller”