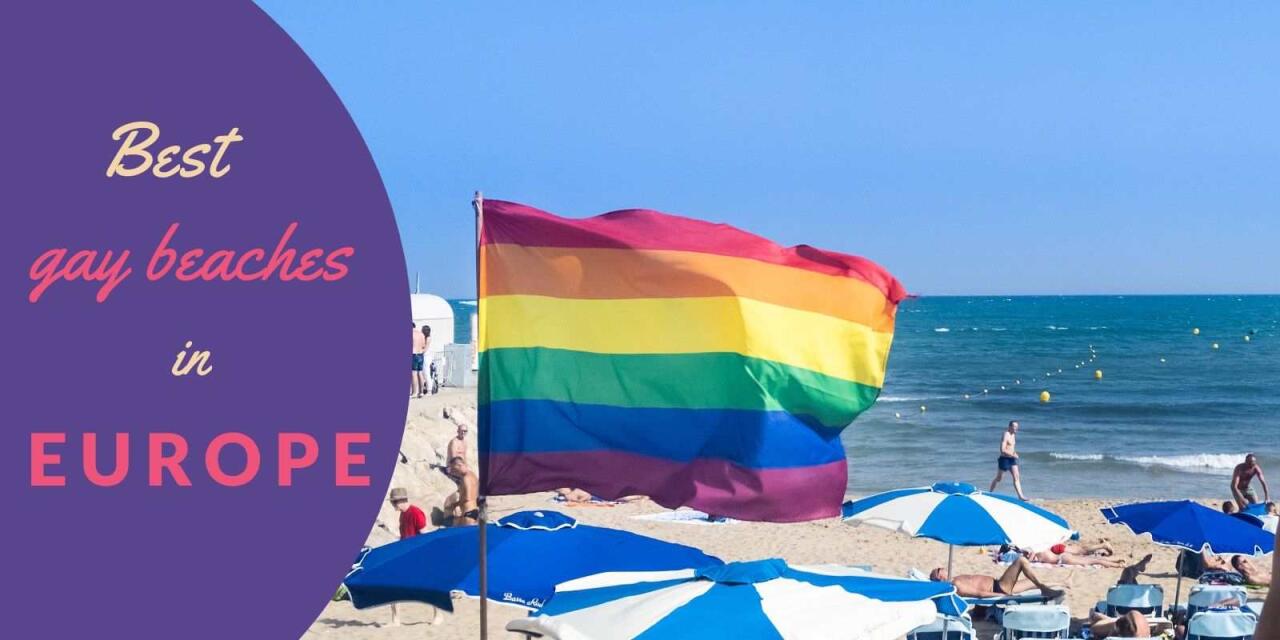 Our 5 favourite gay beaches in Europe: which ones have you been to?

Over here in Europe we are blessed and highly favoured to have some of the best gay beaches in the world. Every summer, gay boys in their thousands descend on these pink beach havens to party, play and take the thirstiest photos ever.

For us, when it comes to gay beaches, Spain leads the way, with Portugal and Greece not too far behind. We've put together our 5 favourite gay beaches in Europe which we absolutely love, and where you’ll most likely find us unashamedly showing off our latest speedos next summer!

Ibiza island is like nowhere you’ve ever been before. We arrived at 3am on a Wednesday morning in Ibiza main town and the place was just buzzing with atmosphere. It’s an incredibly exciting place to be, whether you love partying or not. It’s a very pretty island, with some of the most famous clubs in the world, and, it has one of our favourite gay beaches in the world.

Es Cavallet beach is located on the southern end of Ibiza, where all the gay boys hang out during the day. To reach it, you take the bus from Ibiza main town, then walk for around 20 minutes through a small forest. Because of the journey, you’ll develop a sense of camaraderie with fellow travellers on board and will quickly make friends. The beach is of course stunning and has its own cruising area behind it amongst the bushy dunes. It’s officially a nudist beach, so draws out the exhibitionists in their numbers.

Peak season for Es Cavallet beach is July and August when it’s packed full of gays. If you prefer fewer crowds, then consider going in June, September and early October.

Barcelona in Spain is like a gay haven for European gays. We all love it and have been there at least once. We’ve been many times and definitely consider it a place we’d want to live one day. The icing on the cake about Barcelona is its proximity to Sitges, a town 45 minutes train ride away.

Throughout the year, Sitges is like a pilgrimage for the gay boys. The summer months are of course the peak times to visit, when most of the Barcelona party crowd come here to hang out.

There are many gay beaches here that the place feels like a catwalk for gay swimwear fashion. The most popular is Playa de la Bassa Rodona, near Hotel Calipolis. Nudists will want to head over to Playa del Muerto or Playa de las Balmins.

Popular times to visit Sitges are in February for the Gay Carnival, June for Sitges Pride, July/August is peak summer season and in September for Bear Sitges Week. For more, check out our gay guide to Sitges and our gay guide to Barcelona.

Third on the rite of passage for any good gay is Mykonos island in Greece, specifically the gay beaches on the south of the island: Elia, Paradise and Super Paradise. Head here in July or August and they are packed full of gay boys.

Their popularity has grown so much that they’ve been discovered by the straight crowd who also now head here. Elia beach however remains the most popular with the gay crowds, with a rainbow flag standing proud. Beyond Elia beach is a second, more isolated beach, which is popular with nudists at its far end.

The summer months of July/August are the most popular, with the famous XLSIOR gay party taking place in late August/early September. Find out more in our comprehensive gay guide to Mykonos.

That's the third one from Spain and for good reason. Not surprising as the country does have incredible beaches, but in addition, Spain is also one of the most gay friendly countries in the world.

Gran Canaria is a popular gay destination for us European gays, throughout the year. This Spanish island is part of the Canary Islands, which lies off the coast of Africa, therefore guaranteeing almost 365 days of great weather.

We also love it because at the southern part of the island in Maspalomas and Playa del Ingles there is a massive gay scene. The Yumbo Centre is the focal point, a large shopping mall full of gay bars, clubs, restaurants and boutique shops. It’s a gay man’s paradise. Slightly further south of this is the large gay beach of the island, by Kiosk #7.

To reach the gay beach of Gran Canaria, start at Riu Hotel in Playa del Ingles, then head out into the sand dunes, following the trail of gay boys for around 20 minutes, until you hit the rainbow paradise on the other end. Read more in our gay guide to Gran Canaria.

However, the big draw for us in Lisbon during the summer months is the legendary Beach 19. Between April and October, those pretty Lisbon gay boys come here in large numbers to hang out.

Beach 19, or Praia de Bela Vista, is in fact a nature reserve along the Caparica Coast, around 12km south from Lisbon. Historically, Beach 19 was a famous cruising spot for closeted gays, but it has since evolved to become one of the best gay beaches in Europe and also for nudists.

To reach Beach 19 you can take the local train to train station #19 (which is what the beach is named after!), as well as by car rental, taxi and bus.

Other gay beaches in Europe to check out

As we said at the start, we've only focused on our 5 favourite gay beaches in Europe. So for completeness, we've set out here a list of some of the other famous ones worth checking out: