Beijing: hutongs and the Forbidden City 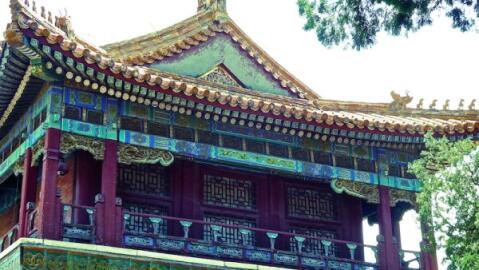 Beijing was our first stop in China in August 2014 after a 30 hours train journey from Ulan Bator, Mongolia.

And, it's packed PACKED full of people: its population is around 20 million (almost x3 times the size of London).

So, our first journey on the ultra modern subway was quite an experience!

Beijing is fun though.

It's a highlight for foodies and also has some cultural gems like the Forbidden City and the Summer Palace.

Our favourite thing about Beijing (other then its comical abbreviation of BJ by locals) was the small back alley “hutongs” where the commoners historically lived as they were banished from going anywhere near the Forbidden City.

The hutong back alleys of Beijing

Historically, the centre point of Beijing was the Forbidden City where the Emperors and their many concubines (women battling to become Empress) would live.

The rest of the population lived outside in courtyard like small pedestrianised streets branching outwards, called “hutongs”, which branched outwards from the Forbidden City.

As Beijing developed into a powerhouse populated by 20 million people, the number of hutongs has reduced and there are now around 1,000 left.

The hutongs that remain are great fun to explore and get lost in:

Our hostel was based in the middle of a hutong.  Sitting outside our hostel and watching the world go by was a favourite pastime and a great insight into life inside a hutong:

The Forbidden City (or “Palace Museum”) is considered one of the highlights of China and a must see when in Beijing:

This was the political heart of the Chinese Empire for almost 500 years and also where all the Emperors lived.  Commoners were not allowed inside, hence the name.  The only commoners allowed to enter were eunuchs (men who had been castrated).  This was historically popular because in exchange for their manhood, men would receive a better future within the city walls.

But, like most things in China, it's packed with people.  This tourist attraction has to be the worst we've ever encountered.  We visited on Thursday early morning and there were hoards of tour groups everywhere.  This quickly became suffocating and almost ruined our experience of it.

To enter the Forbidden City, you first go through airport style security into the famous Tiananmen Square, where this is a very visual tribute to Mao Zedong:

Upon entering the Forbidden City, you see many beautiful temples and palaces.

Many of the temples in China have a number of small beasts lined up with a lama monk leading them.  It is said that the higher the number of these little beasts, the more important that building is:

The highlight of the Forbidden City for us was leaving it and visiting the neighbouring Jingshan Park, away from the hoards of people and tour groups.

At Jinghshan Park you climb a small hill where you get a beautiful, almost bird's eye view of the Forbidden City:

Picnic at the Summer Palace

The Summer Palace was initially built in 1750 as a luxurious royal garden, outside the Forbidden City, for the Emperors to rest or entertain and later became their main residence.

The Summer Palace is a great spot for a picnic on a hot August summer's day in Beijing, with some beautiful scenery: 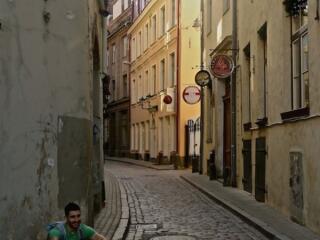 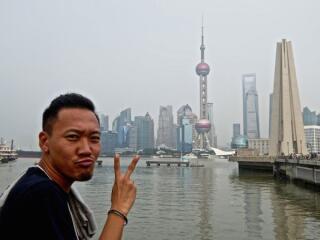 I was in Beijing in November. REALLY cold! But no crowds. I just had to fight through a sea of selfie sticks to get a picture of the emperor's throne in the Hall of Supreme Harmony. (The Great Wall was fine too, but very slippery.) It warmed up my last two days, but that's when the high alert smog came in. So when I went up to Jingshan Park, I had almost no view of the Forbidden City. Certainly not the fabulous view you guys had.

Yikes! We had some smog issues but not THAT bad.

Cool. I actually learned more facts from your post than I did when I was there! X