What’s it like traveling as a gay couple in Asia 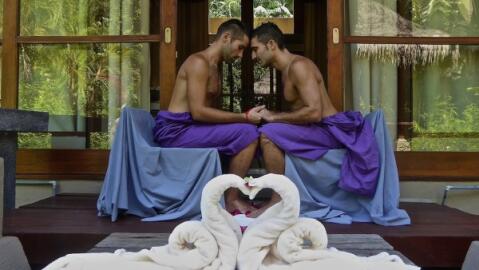 “Why should I spend my tourist dollars in a country that wants to throw me in jail?!”

This was our dilemma before setting off for our big travel adventures in Asia – as a gay couple. If it isn’t illegal (like in Sri Lanka, Singapore, the Maldives, Malaysia, Myanmar…), then it’s certainly not truly welcomed (think Indonesia, Russia, China or Mongolia).

So as a gay traveller, does that mean you shouldn’t visit countries like Russia, Sri Lanka or Myanmar? Are you really under any practical danger visiting a country like Malaysia or the Maldives? Should you take that hard line approach and avoid visiting some of the most beautiful areas of our planet just because of some really archaic, backwards laws?

After over 18 months travelling as a gay couple in Asia, here's a few lessons we learnt and hope we can relay to all gay travellers in this post:

How to Stay Safe Whilst Traveling?

As gay travelers, safety is our #1 priority! This is why we've put together our Ultimate Travel Safety Checklist for LGBTQ travelers. Sign up to our newsletter and get free access to it. No spam. Never. Not ever. Just fun and interesting blog posts delivered straight to your inbox.

Thank you! You have successfully joined our subscriber list. Now check your email to download our gay travel safety checklist 🙂

Table of Contents show
1. Consider the anti-gay laws carefully!
2. One rule for locals, another for tourists
3. Despite anti-gay laws, it IS ethical to spend money in these countries
4. So go on and book your flight to Yangon, Male, Colombo etc

Sadly, there are a handful of places across Asia where anti-gay laws are still in place – such as in Malaysia, Sri Lanka, Myanmar, and the Maldives.

At first, we felt super awkward about heading to such places – ‘how dare they criminalize us?' Whether or not they do enforce these laws, their very existence should serve as a warning sign not to visit this country right?

That was our moral dilemma before visiting. However, what we argue in this article is do you cause change by boycotting that country, or is it more effective to go there, and in a subtle, safe way, be a shining example of what gay people are really like. We think that by normalizing us across society we will be more impactful than simply boycotting.

The irony is that before heading to a lot of countries with anti-gay laws, we had misconceptions about its people. Yet the reality is that the locals we met whether straight or gay couldn't give two hoots what we did in the bedroom. Their main concerns were their jobs, family, paying their bills, educating their children, putting food on the table.

At no stage during our travels in Asia did we ever feel threatened or in danger for being gay.

At worst, the gay club we went to in Delhi was busted by the police at 1am – this was pre-2018 when the anti-gay laws of India were still in place. The policemen were using the then anti-gay laws to get a bribe from the club promoters. Everyone else was left alone and told to leave via the back door.

We are not obviously gay when you first meet us, we don’t mince about waving a rainbow flag, nor do we show any public displays of affection like holding hands or kissing (we don’t do this anyway back home in London/Lyon).

At the very worst, we got the whole“double bed – are you sure?!” or “are you twins/brothers?” type of questions a lot.

2. One rule for locals, another for tourists

In every country we visited in Asia we found that as LGBTQ foreigners, we were treated a lot differently than the local gay friends we made.

For example, our friend Kaluu from Colombo pointed out that whilst homosexuality is illegal in Sri Lanka, the police almost always turn a blind eye to tourists because no one wants to get involved with foreign embassies if it ever came to that.

In Malaysia, we met many gay locals, really excited to show us round. However, they asked us to not use their name on our blog for fear of negative implications on their work and by their society.

Yet the hotels we worked with throughout Malaysia were delighted to embrace and welcome us as a gay couple and promote pink tourism, like The Four Seasons on Langkawi island who arranged this lovers ritual ceremony for us:

Tourism is big business, so foreigners will always be given special treatment despite the homophobic laws.

The only exception is Brunei: a tiny country on Borneo island, which is financially independent, funded by oil, so no interest in tourism. And also the autonomous Aceh province in North Indonesia. In both Brunei and Aceh, extreme Sharia Law applies, so both gay locals and LGBTQ tourists risk some form of public whipping and/or death by stoning.

3. Despite anti-gay laws, it IS ethical to spend money in these countries

Is it ethical to spend money in countries which criminalise their LGBT communities?

We say a big fat yes of course!

We have been criticised for promoting LGBT travel to countries like the Russia, Maldives, Malaysia, Sri Lanka etc, but we always question the true value of a blanket ban on gay tourists visiting such countries.

The money you spend on holiday mainly goes to the local businesses you are eating at, staying at or touring with.

In other words, the people benefiting are every day people like you and me (maybe straight, maybe gay), who simply want to make a living for themselves, and not the politicians who are creating and promoting anti gay laws.

In most cases, these local businesses probably don’t even agree or care for these laws.

Most importantly of all, if you visit a gay owned or gay friendly establishment during your travels, your money helps them flourish in a society, which is likely to be fighting to close them down or make their lives difficult.

And finally, we strongly believe that meeting and engaging with gay locals is far more productive then refusing to visit their country in the first place.

4. So go on and book your flight to Yangon, Male, Colombo etc

Actually going out there and supporting LGBTQ owned businesses and making friends and interacting with the local LGBTQ community is far more effective than boycotting their country.

Imagine you were in their shoes, would you prefer your gay sisters abroad to ignore you, or come over and embrace and support you?

We sure know what we'd choose.

And you'll make heaps of friends along the way!

If you enjoyed reading, please pin me:

This post may contain affiliate links which means if you make a purchase through one of these links, we will receive a small commission. Read our disclosure for more info.
71shares 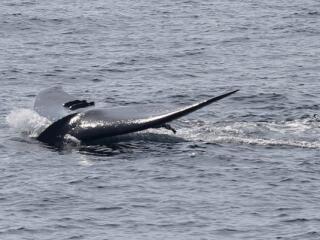 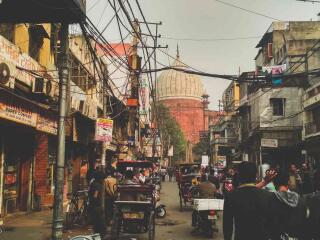 India has repealed its old British anti-gay law, and that is reason enough to help the country heal from one of the last vestiges of colonialism. I for one, would be more than happy now to visit India, and very much hope to visit again, one day.

As for the 76 other countries that still criminalise gay relationships between LGBT+ people, I would never visit such a place unless I was prepared to lose my freedom in a far-away prison. Before placing myself in harm's way, I would prepare well in advance so the experience was documented and publicised. It would be solely for activist reasons, not for touring pleasure.

Even for countries where it's partly legal to be gay, but there is no protection of civil rights, such as Russia, and its former Soviet possessions, I would prepare for it to be a one way trip, given the rising animus in those countries against LGBT+ citizens and the lack of respect for human life.

Agreed - going to many of these places, one should take care.

I feel safe traveling in Thailand, I think that country is very friendly to LGBT.

I'm living in a city in Indonesia, different with Bali, my city is homophobic, if we caught dating in public, it's possible we will be end up in police station, or if we caught by "low level" economy people, we will be beaten.

The trick when I was traveling to many cities in Indonesia is go with lesbian couple, so everyone thought we're an ordinary couple :)

Btw, I'm so jealous with you guys, looks like you have very happy life, meanwhile I'm struggling living in homophobic zone.

Thanks Ryan! We truly hope things start to change one day.

You guys look like you are having way too much fun!!! Enjoy guys :)

I have heard that China has a thriving underground scene. Did you get to see any of that while there?

We sure did- especially in Beijing and Xi’An. In Shanghai however it’s not underground at all and very much out there :)

You are having a tour of India and having much fun. Glad to have a look at your joyful moments. Thanks for sharing this post.