Gay Phnom Penh: local boy Aaron tells us about being gay in Cambodia 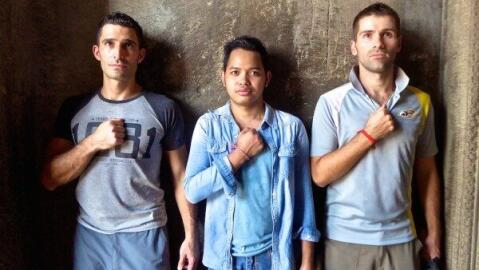 Cambodia is surprisingly gay friendly by Asia standards – and we loved it! We easily rate it as one of the most gay friendly countries in Asia.

Traveling in Cambodia as a gay couple is a joy. We never felt discriminated against anywhere we stayed, and also discovered a pretty big gay scene in the main cities, particularly in Phnom Penh and in Siem Reap.

Culturally, the LGBTQ community of Cambodia has a lot of visibility in society, with a small gay pride taking place in Phnom Penh every year since 2003, the Cambodian film Who Am I? in 2009 was the first to depict a lesbian couple and became a huge hit. More recently, in 2015 Cambodia got its first LGBT magazine called Q Cambodia and in June 2017, the Cambodian government announced it will introduce a new gay course in schools to teach students about LGBTI issues, sexuality, and gender – an amazing feat!

However, that's from our perspective as foreign gay tourists. What's the true reality like? In Phnom Penh, we connected with local gay boy, Aaron, who spent his childhood living on the streets of Phnom Penh for 8 years until he managed to develop a better life for himself and his family. In this interview with Aaron, he tells us about gay life in Cambodia and what it's really like:

Covered in this interview show
1 Hi Aaron, please introduce yourself:
2 Does your family know you’re gay?
3 What's it like growing up gay in Cambodia?
4 How did you go from being a street kid to successful businessman in Phnom Penh?
5 Did you ever encounter any discrimination when setting up your gay bar in Phnom Penh?
6 Which are the best gay bars in Phnom Penh?
7 Which are your favorite gay clubs in Phnom Penh?
8 Any gay hotels in Phnom Penh you recommend?
9 Which are some of the top places to visit for gay travelers to Cambodia?

Hi boys. My name is Darun Un, nickname, Aaron. I'm 36 years old, originally from Sihanoukville. I moved to Phnom Penh with my family from a young age and grew up there, which is where I am based today. There was a period in my life when I lived on the streets because of a breakdown in family relations since my father died but with the help of the Tree Alliance (see below) I have picked up my life to become a successful businessman.

I have had several jobs throughout my life, but what I am most proud of is owning some of the most prominent bars in Phnom Penh as well as doing performing the occasional drag show for my guests.

Gay tour of Cambodia and Laos

Every November, our friends at Out Adventures organise a fabulous gay tour through Laos and Cambodia. Channel your inner Lara Croft as you sashay your way through the ancient temples of Angkor Wat, explore the vibrant nightlife of Phnom Penh with a group of fabulous like-minded men, immerse yourself in the serenity of Luang Prabang and try a few exotic culinary discoveries…barbecued spider anyone?

Does your family know you’re gay?

Yes I am out to all my friends and family and they are all ok with it. It took a long time for everyone to come to terms with it, of course, but over time, everyone has accepted it and become extremely accepting of me.

When I came out to my mother, at first she could not bring herself to accept it and even refused to speak to me for 2 years. But as I said, over time, she grew to accept me and love me for who I am. Today she is my #1 fan and even helps me prepare for my shows by brushing my wigs, cleaning my clothes, and giving me makeup tips!

Growing up in the 1990s, Cambodian society wasn't as accepting and tolerant as it is today. Being gay was seen as a taboo, not helped by the fact that there was no positive representation of homosexuality in the press or media. For example, there were no gay celebs, singers, actors, or other role models to show that being gay is something “normal”. Instead, everything was very heteronormative and homosexuality perceived more as an illness. For this reason, I didn’t accept I was gay until I was 20 years old, largely helped by the onset of the Internet when I could connect with like-minded individuals from all around the world who showed me that being gay is actually not a disease, but something very normal!

Coming out in my 20s was not a problem. I am proud that Cambodian society has become more accepting of homosexuality over the years. I never faced any problems from anyone and never experienced any homophobia, although I was never outwardly flamboyant or feminine acting in public.

How did you go from being a street kid to successful businessman in Phnom Penh?

When I was 12 years old, our house in Sihanoukville was completely destroyed by a fire and we lost everything. My parents got divorced and my mother and siblings moved to Phnom Penh. My father did not earn enough money to support us so as we had nothing and had to live on the streets of Phnom Penh.

When I was 13 years old, I met the guys from the NGO charity called the Tree Alliance for street kids to give them an education and basic skills to build a life and career for themselves. They have a really good restaurant called Friends where the children work and make excellent food (Nomadic Boys: we second this!)

Through the schooling offered at the Tree Alliance NGO, I was able to learn to read, write and obtain the basic skills to get a job and earn money to support my family.

After 8 years living on the streets, I had saved up enough to rent a modest flat in the suburbs of Phnom Penh. Eventually, my brother and I saved enough money to buy and open a gay bar.

If the Tree Alliance and Friends NGO didn’t exist, I would not have anything. I wouldn’t know where my life would have ended up.

Did you ever encounter any discrimination when setting up your gay bar in Phnom Penh?

I have managed and at one stage owned several bars in Phnom Penh, both straight and gay, and at no stage did we ever experience any discrimination or homophobia. We were always polite to the authorities, abiding by every requirement, and cautious never to breach any licensing laws. For this reason, we developed a very respectful reputation.

The only sorts of problems we ever faced were the usual day-to-day practical problems all bars face, such as a customer that has had too much to drink and causes noise complaints from the neighbours.

Sadly, my gay bar didn't survive the Covid recession that hit most businesses in Cambodia in 2020 and we had to close down. I therefore now focus on my drag performances, which is what I love doing the most.

Which are the best gay bars in Phnom Penh?

We have several gay bars in Phnom Penh, most are walking distance from each other:

Which are your favorite gay clubs in Phnom Penh?

We have a handful of gay clubs in Phnom Penh, which changes very frequently. These are the most recent ones:

Any gay hotels in Phnom Penh you recommend?

Absolutely! Most places are ok with LGBTQ travellers, but we have two well known gay hotels in Phnom Penh:

These are a few gay friendly hotels which I know gay traveller friends of mine have stayed at and highly recommend:

Which are some of the top places to visit for gay travelers to Cambodia?

Angkor Wat in Siem Reap is our #1 tourist attraction, a UNESCO World Heritage Archaeological Park – one of the most important in all Southeast Asia. It's incredible and I am so proud that we have this in my country. There is also a fun gay scene in Siem Reap to check out.

The capital, Phnom Penh, where I live, is also an amazing city. We have a large LGBTQ community of locals and ex-pats, which has helped create a large and exciting gay scene here. Phnom Penh is also the place to visit the Killing Fields, where the Khmer Rouge regime tortured, killed, and buried over a million people during their awful rule from 1975-1979. It's a very somber, but important visit that I think everyone must experience.

For beaches, the best are around Sihanoukville in the southwest of Cambodia. You can find lots of exotic tropical islands off the coast here, like Koh Rong, mangrove jungles in the Ream National Park, and a beautiful Buddhist temple called Wat Leu, perched on top of a hill, overlooking the city below. There is plenty to see and do for LGBTQ travelers in Cambodia, as you boys show in your beautiful vlog:

This post may contain affiliate links which means if you make a purchase through one of these links, we will receive a small commission. Read our disclosure for more info.
48 shares 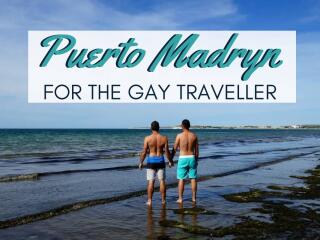 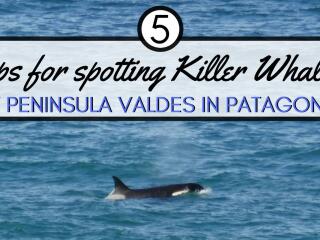 Aww that’s so cute, I live in Cambodia my whole life and I’ve never knew. Thanks for the info ^ω^

Thanks Dennis. Definitely check out the LGBTQ places recommended by Aaron :)

This sharing was very helpful to me. I believe I will be moving to a small town outside of Phnom Penh within weeks, to work as a teacher at a specialized school. I hope to meet and befriend Cambodian men…. who knows, perhaps I will fall in love…. connect with a "man of my dreams."

Ooooh hope you do :)

Awww thanks so much Thibaud.