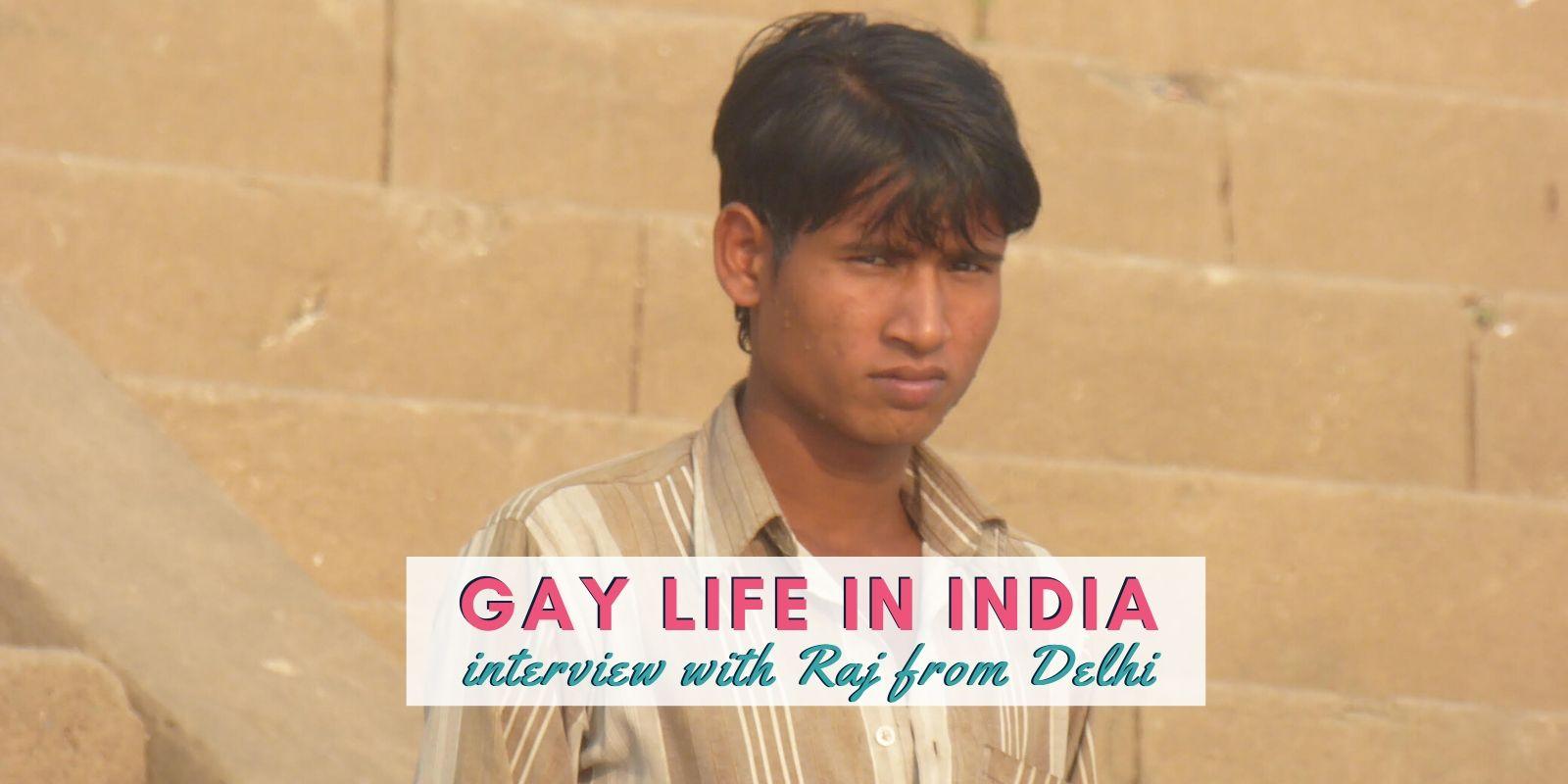 India is out, loud and super proud!

This was huge! Remember, this is a country with a population of almost 1.5 billion people. That's a vast proportion of the world's LGBTQ population – and these guys are super active!

Day by day the Indian LGBTQ population is growing more and more confident. All the main Indian cities have a gay scene, particularly in Mumbai, Delhi and Bangalore, which have their own gay pride parades, weekly gay parties and even LGBTQ film festivals. Bollywood has even started to embrace its LGBTQ community with the release of a gay Bollywood movie called Shubh Mangal Zyada Saavdhan (Extra Careful of Marriage)! It's for this reason we rate India as one of the most gay friendly countries in Asia.

However, Indian society remains very conservative. Indian men are expected to marry a woman and have lots of children to please their family so as to avoid being ostracised by their local community. Because of this, we found that a large part of the gay scene in India is still underground. We suggest using gay dating apps like Grindr to tap into the local LGBTQ community, as we found out in our gay night out in Delhi. This is where we met up with our buddy Raj from Delhi to find out more about what it's like growing up gay in India

Raj requested his identity be kept anonymous, so we have used the name “Raj” as his alias. Raj also has a lifestyle blog about his relationship with his boyfriend and their life in Delhi, which we recommend checking out.

Hi Raj, where are you from and what do you do?

Namaste Nomadic Boys – welcome to India and to Delhi! I am Raj, a 28 years old trainee doctor, born and raised in Delhi. I live in Delhi with my boyfriend, Rhys (also an alias name), who I met at university. We've been together for over a decade.

Why did you ask us to make your identity anonymous?

Sadly, bullying and harassment of the LGBTQ community is still rife in India. Added to the social stigma we face, it is just too risky to be openly queer in India, especially for young folks like me. Whilst the anti-gay laws have been overturned, society here remains very conservative, so I have to be careful.

Being anonymous is not my choice, neither do I like it. But since I belong to a very traditional family, I have no option than to hide the gay side of my identity in public. Even on Grindr for example, it is rare to see anyone with their real names on display.

Are you out to anyone at your work, friends or family members?

I came out to my father a few years ago, but this went horribly wrong. He exploded! There were a lot of tears and arguments. He took me to a series of psychiatrists and counsellors to try to “cure” me of this “disease”. Turns out I can't be cured (surprise surprise!) so we have since agreed to ignore the issue and not talk about it.

My closest friends know about me of course, and they have no issue with it. You do see a huge difference of opinion towards the gay community by the older more conservative generation like my father, compared to the more accepting, open-minded millennials who see as normal human beings and not freaks who need to be cured!

What's it like living as a gay couple in Delhi?

It is not without its share of headaches. All of our close friends know about us of course and share in our life. However, we are careful not to divulge too much about our relationship to neighbours who we know would take issue with us if they knew we were sleeping together. For them, we just let them believe we're roommates or cousins and keep them at arm's length.

Fortunately, Indian men are generally very docile with each other in public, which allows us a degree of leverage to get away with a few tender moments. But we do have to be careful not to refer to each other by our private nicknames in public like “my love” etc.

Are there any risks to your job prospects in India if you’re openly gay?

Sadly very much so, especially in the medical profession. Can you imagine in this very conservative homophobic society having any problems at all bending over and coughing for a *gay doctor*!?

As a trainee doctor, it is a huge risk because I don’t think anyone would want to be examined by a gay doctor, no matter how qualified they are. So at work, I maintain the pretence that I have a fake girlfriend who I drop into the conversation when I need to.

Do you think the situation will improve for the LGBTQ population in India?

Of course! Although it seems a very slow process, especially when you see the antipathy in society, I am hopeful it will eventually get better. It has in any case considerably improved over the past decade, especially with greater visibility of LGBTQ issues in the mainstream media, which helps to normalise us. Today we even have excellent local gay tour companies like the Delhi based Serene Journeys.

Are there any famous openly gay Indian celebrities?

Not many as this would cripple your career as a celebrity in India. Having said that, we do have a famous gay prince called Prince Manvendra Singh Gohil, who is the heir apparent to the throne of Rajpipla in western Gujarat state. He divorced his wife in 1992 and publicly came out in 2006. His family disowned him of course – publicly, with an ad in their local newspaper!

He was on the news recently for opening his palace doors to LGBTQ victims who have also been shunned by their families for being queer. He has been interviewed by Oprah after coming out, which for me was such an inspiring thing to see:

Are there any gay pride or other gay events in India?

Not many people know this, but Kolkata led the way in 1999, hosting India's first-ever gay Pride event called the “Rainbow Pride Walk” with just 15 people attending.

But it wasn't until summer 2008 when larger Pride events started to take place for the first time in Mumbai, Chennai, Delhi, Bangalore and Pondicherry. They have been taking place ever since, with a growing influence online.

Here's a summary of some of my favourite annual gay events in India taking place throughout the year:

For more, be sure to check out our detailed gay guide to India.

The first thing I'd say is that yes society is fundamentally conservative in India, but this is pretty much the norm across most of Asia. We have a huge gay population here waiting with open arms to welcome you. Seriously – we Indian guys love meeting foreign guys.

As you boys discovered, having a Grindr profile definitely helps you connect with local guys and find out what is happening in the gay scene.

And of course, putting all the gay stuff aside, India is rich with so much history, beautiful temples, incredible food and so much culture to discover. One of the most romantic things I've done in India is renting a houseboat in the backwaters of Kerala. I love Kerala a lot and definitely recommend it, especially to travellers who've only seen North India. It's so different there, like a completely different country.

Why are Indian men so docile with each other in public?

Guys holding hands in public is the cultural norm in India. It is a sign of friendship amongst men, but nothing to do with being gay at all. Personal space and privacy take a back seat when you live in a very crowded place like India. Hence men holding hands and touching/fondling each other publicly are not frowned on.

Despite this, I feel more comfortable holding hands or hugging my straight male friends in public than Rhys. I think it's because we have been brought up with such a restrictive moral code that any display of affection for your partner is considered “wrong”. So however much we want to shake off those homophobic feelings, they still linger.

See more from our travels in India in our video: