How to travel safely with sex toys?

Wondering how you can travel with your favorite sex toys without causing too much trouble at the airport? Here are our 10 tried and tested tips to help you stow those goodies away…

“Seby, what’s your favourite sex toy?”
“This one,” he replied, pointing right at me.
“Gee… thanks.”

Don’t you just love being objectified by your own partner?

After nearly breaking up from that conversation, we got to chatting about the hassle of owning a bunch of sex toys whilst being on the road. After all, whether you use them or not, such items help to spice up the love life of millions of couples. So, what can you do when you decide to go traveling for a year or you’re in need of a fun, romantic weekend getaway?

Turns out, there are lots of tricks you can use to skip through airport security even with a con-cock-tion of sex toys! And, luckily for you, we’ve got your back (you could take that as literally as you like) for helping you stow those goodies away.

Here are our 10 best tips for traveling with sex toys.

Enjoy yourself with Sohimi!

Use our NOMADIC20 code to claim a 20% discount.

We’re guilty of forgetting to do this. You know when you’re in a rush packing, so you chuck all the last-minute bits into your carry-on without thinking about it? Yep, that’s us.

“Do we tell her?” Seby whispered.
“Let’s just see how this plays out…”

Being real: a woman or gay agent is probably going to know what it is. But at the end of the day, there’s no need to feel awkward if you’re caught. It’s a perfectly natural item to have on you and they’re most likely not going to give a damn.

Just be sure to pack it in a bag separate from your toothbrush. As that’s the kind of dirty even we can’t get on board with…

The popper craze has been a closely held secret within the LGBTQ community for decades. Meaning airport security is likely to have no clue what they are if they discover them in your case.

The legality of buying/selling poppers is in a grey area. Technically they are illegal, but some shops work around the law by describing them as room deodorizers. They are usually kept beneath the counter of sex shops, so you need to ask the cashier if they have them whenever you’re craving a buzz.

Partiers sniff them to feel a euphoric head rush and to *ahem* loosen up some notable areas. So, while all the bottoms reading this may consider it an essential item to bring with them, it’s not worth airport security thinking you're drug smuggling and proceeding to tackle you to the ground. Unless that’s your kink… either way, the real deal won’t be pretty.

It’s also technically illegal to pack poppers in your checked luggage, so best to steer on the safe side on this one and just leave it at home or try to buy them locally when you arrive.

4. Consider budgeting for a checked suitcase

A few summers ago, we were attending a week-long gay festival. Since we couldn’t decide what outfits to bring, we figured, hey, let’s just bring a whole bunch and play it by ear each day. The only drawback being, we would have to face the dreaded luggage check-in…

It’s a bit of a chore, but sometimes, there’s no other choice. Checking in is certainly the bane of all traveling experiences. It’s expensive. It’s inconvenient. It’s also risky.

What if the bag gets lost? What if it exceeds the weight limit? What if a sinister airport employee stashes away illegal drugs inside of it, incriminating you in a nasty criminal scheme, and landing you in jail for the rest of your life? (OK, that last one is a bit overdramatic). The point is, it can cause more stress than it’s worth.

Yet, if you are going away long-term, or just want to avoid the embarrassment of staff spotting a toy in your carry-on, you might have to bite the bullet and do it. Before embarking on your trip, figure out how much your airline charges for checked luggage. From that, you can decide if it’s a needed expense.

Sure, it could be the premise of an awesome *adult* film. You’re wearing a metallic cock ring. You walk through security. The alarm goes off. A hot guard approaches and demands a frisk search. And… well… you can picture how the rest might play out.

Sadly, this won’t happen in real life. Not even close. Therefore, we've set down some ground rules for smuggling those rings to your destination.

Rule 1: Don’t wear your ring through security. Seems obvious right? Not to everyone. A friend of a friend tried it and it was not as spicy as you might think.

And rule 2: Avoid bringing a metal one. Swap it out for the rubber or silicone kind.

Though if you insist on metal, then at least find some creative way of bringing it through. Either strap it onto your belt buckle, making it seem like a neat fashion accessory. Or you could wear it as a bracelet? Or earring? It may sound OTT and ridiculous… but hey, it’s better than being strip-searched and having to explain what it is you’re wearing, down there!

7. Fold your hoods and store with your underwear

If you’re caught with a fetish hood in your luggage, you have two options.

The first: be honest. Admit it’s part of your kink, that you live a perfectly healthy and liberating sex life, and that you shouldn’t be made feel embarrassed about your fantasies.

The second: lie and say you plan on robbing a bank!

The latter option is less likely to receive a raised eyebrow. To get around this, wrap up your hood in some underwear or a t-shirt. It likely won’t be discovered at all, seeing as it is just a piece of fabric.

At the very least, folding it in something else or placing it in a plastic bag, will stop it from getting damaged should anything spill or leak in your luggage.

8. Harnesses shouldn’t cause any problems

We love a harness. Not just because of how fabulous we look wearing them, but because they never cause us a headache when traveling. They are low-key, easy to carry, and won’t raise eyebrows if they are spotted in a random carry-on search.

Heck, you could probably wear one through security and be completely fine – though we don’t recommend wearing just a harness… airport staff probably won’t think it’s as cute as your friends will.

To be extra safe, wrap it in a towel or pop it into plastic bag so that it is safe from spillages. Harnesses can be expensive and the last thing you want is it getting soiled by a burst bottle of shower gel.

9. Avoid sex toys if going to a homophobic country!

This one is a bit of a no-brainer.

The best-case scenario could be you landing yourself on the receiving end of some serious stank eye – yes, even worse than the dirty looks Seby gives me when I can’t decide on where to eat that day…! Worst-case = jail-time or more. Do not risk it.

We always add notes into each of our guides about a country/destination's LGBTQ policies and public attitudes, so you can check these out if you’re unsure of how tolerant/progressive a place is. Some places may seem OK when you look up their laws on Google, such as Poland or Hungary, but social attitudes can still be quite judgemental. Therefore, it’s best not to risk it! For more, be sure to check our guide to which places we rate as the most gay friendly countries in the world.

10. Remember that lube is a liquid!

It may seem obvious to some. But trust us, lube needs to go into a clear bag when going through security if you're bringing it in your carry-on luggage. We know lots of guys who left their lube in their back pockets when sauntering through the scanner thinking it was just like a condom… It was a bit of a headache for them when the alarms went off and the guards came across their packet.

Save yourself all this hassle by storing it away with all your other liquid-y toiletries. It’ll keep things simple, plus it’ll prevent the risk of it leaking all over your other carry-on items.

Make sure it’s under the limit too, which is about 3.4 ounces. The last thing you want is it getting confiscated, especially when it’s a new packet or bottle.

And if caught with your sex toys?

At the end of the day, sex is all about fun and games. Everyone has their own embarrassing in-the-sack story and being caught with a sex toy while going through security can simply become one of yours! It’s only awkward in the moment. For the rest of time, it’ll become a side-splittingly hilarious tale you can share with mates over drinks…

Plus, you’ll give the guards something to giggle about with their colleagues during their lunch break. A win win!

This post may contain affiliate links which means if you make a purchase through one of these links, we will receive a small commission. Read our disclosure for more info.
5.0K shares 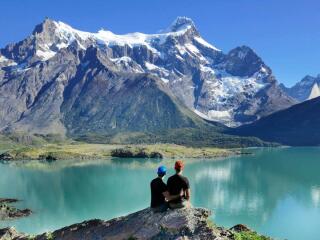 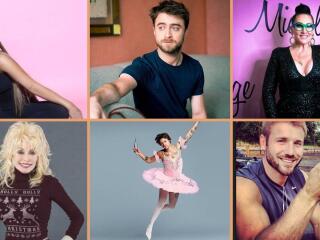 20 best gay allies of all time
Read Next Post →