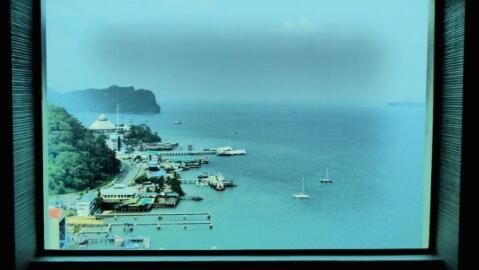 Sandakan is a coastal town in the Sabah region on the Malaysia side of Borneo Island.

We spent a few nights in Sandakan as a base for exploring some of the gems of Sabah and discovered an exciting small city, with a plethora of great seafood!

Sandakan is the second largest town (after Kota Kinabalu) in Sabah, East Malaysia on the Northeastern side of Borneo island:

During the colonial times in the nineteenth century, it was the capital of British North Borneo and a strategic commercial and trading centre.

Japan occupied the area during the Second World War and was completely destroyed by Allied bombings. The British got it back after the war and developed the fishing industry as part of the Reconstruction and Development Plan.

WHERE TO STAY IN SANDAKAN?

There’s a variety of decent places to stay in the area, but our favourite was the Four Points by Sheraton (now closed, last updated 16/7/20), a well known landmark and the only international brand. It is located right in the heart of the city, overlooking the sea and only 20 minutes away from the airport.

The view from our window across the Sandakan Bay was a great way to start the day.

We also enjoyed staying at Four Points because of the 24 hours gym and swimming pool facilities, as well as the excellent buffet breakfast.

Prices for rooms at the Four Points by Sheraton start from 195 Ringgits (£30/$46) a night. Check prices now.

WHERE TO EAT IN SANDAKAN?

We recommend their soy sauce steamed groupers. You pick the grouper fish when it’s still alive and it's then cooked and served immediately. THAT'S how fresh it is!

The Best Brew Pub at The Four Points is the only place with a live band. It has some great western food like caesar salad, burgers and beef ribs, with an incredible view of the sunset over the bay.

Our favourite dessert in Sandakan was the popular UFO cake, which you can only find here. It’s a meringue-like custard tart with a caramel flavour. Check out any of the small eateries in the downtown area for these yummy prizes.

Another local dessert we enjoyed in Sandakan are peanut pancakes, which you can find in the local markets. They are in fact made using actual peanuts as opposed to peanut butter and taste gooooood!

Our foodie adventures in Sandakan also led to a new fruit discovery: the tarap.

Tarap is a fruit you can only find on Borneo Island because they are too fragile to export. They look a little bit like a smaller durian on the outside, but the taste (and smell) once opened is totally different. Tarap are more like a mild jackfruit, with a creamy flavour.

There were plenty of things to do in Sandakan, which didn't involve food! Here's some of our favourites:

1. Relaxing by the impressive infinity pool of The Four Points

The pool at The Four Points was one of the best infinity pools we’ve encountered. It is high up and west facing, offering some of the best sunset views across the Sandakan Bay.

The Sandakan Heritage Trail is a comprehensive walk through the main historical sites of Sandakan, like the 100 years old Masjid Jamek mosque, the Pryer Memorial statue honouring William Pryer, the founder of Sandakan, restored colonial buildings like the Agnus Keith House, and many more.

The Puu Jih Shih temple is one of the finest Chinese temples in Sabah. It was undergoing renovation when we visited in August 2015, but still had a calm and serene atmosphere.

It's located on top of a hill, so even if you have temple fatigue, it's worth visiting just for the views.

4. Run To Give Marathon

If you’re in the city during October, check out the annual Run To Give Marathon hosted by Four Points. It’s an excellent charity initiative to raise awareness for breast cancer and funds go to the Sandakan Kinabalu Pink Ribbon.

This year’s event is on 11 October, featuring 5km and 10km runs.

There's lots of fun day trips from Sandakan, particularly around Sepilok, which is only around 45 minutes drive away:

For more about our adventures through Malaysia, please check out our Malaysia travel video:

This post may contain affiliate links which means if you make a purchase through one of these links, we will receive a small commission. Read our disclosure for more info.
49shares 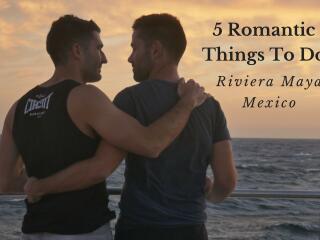 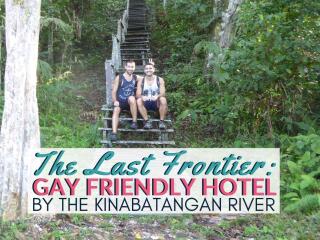 The Last Frontier: gay friendly hotel by the Kinabatangan River
Read Next Post →

This is a lovely read. I was born and brought up in this lovely town and now live in Sydney Australia. I try to go back more to reconnect with my childhood growing up friends!

Thanks Leonard! Great to hear :)

Yes Ufo Tart or our people call Sandakan Ufo Tart is the famous dessert in Sandakan. Thanks visit our beautiful Sandakan. ?

Sign me up for "UFO" desserts - that sounds absolutely delicious! The more I eat Malaysian food, the more I fall in love. PS - That breakfast looks nuts!

Hello boys! Actually I had never heard of Sandakan, strange right? Since I live in Singapore! But now I know where to go to visit the orang utan rescue Center. As always you look like you had a lot of yum! These ufo cakes looked awesome ?

We had to skip Sandakan on our Sabah tour, but we have been Sepilok Orang-Utan Rehabilitation Centre and it was just amazing. I also wrote a post about it and about palm oil, how to not buy it and do not help to ruin rainforests. Thanks for some info about Sandakan, maybe next time we will have more time :)

Oh god the palm oil industry is disgusting! But then checking everything that has palm oil in it we felt like complete hypocrites!