Gay Manila: local boy Rione tells us about the gay life in the Philippines 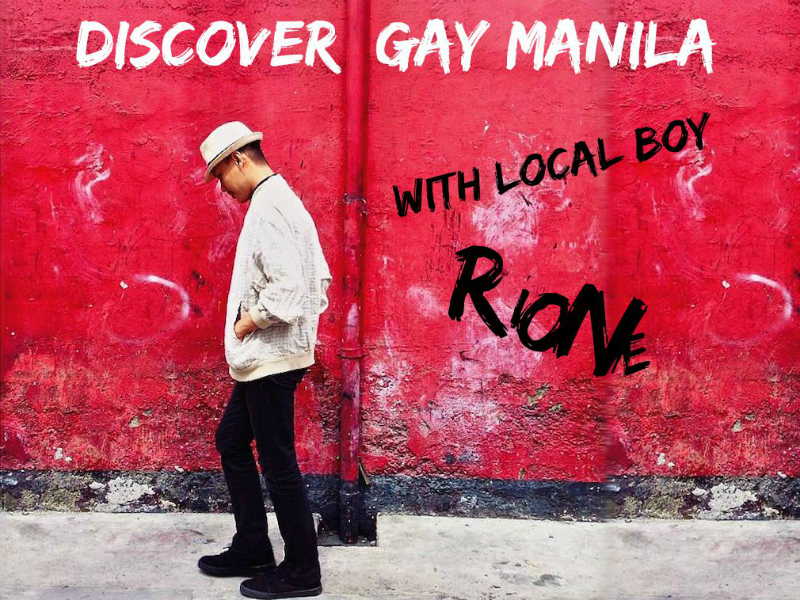 The Philippines really does out-pink most other countries in Asia.

In all those “most gay friendly countries in the world” type surveys, The Philippines is always up there, even though it is such a staunchly religious country with over 76 million practising Catholics. Along with Taiwan, Thailand and Israel, it's paving the way forward for LGBTQ rights in what is a very conservative continent. Most recently, the controversial President Rodrigo Duterte did a U-turn and came out in favour of marriage for all.

We found the Filipinos to be extremely warm hearted and friendly individuals. At no point did we ever feel we had to tread carefully about being gay, compared to our experiences in the Maldives or in Sri Lanka.

That is of course from our perspective as tourists visiting, but what’s it like from the inside? In Manila, we met local boy Rione Palacios, who told us more about what it's like being gay in the Philippines and also about the gay scene of Manila.

Bonsoir boys! I am Rione Palacios, originally from Cebu City. I moved to the big city (Manila) to pursue bigger dreams and of course to find my Mr. Big.

After writing for The Philippines Star, one of our large national newspapers, I became the marketing communications manager of a publishing firm and also do a lot of writing and photography part-time.

Oh yes! But I never felt the need to hide who I am to anybody. I strongly believe that if you can't be true to your friends and family, then how can you be honest with yourself and look the world in the eye?

What’s it like growing up as gay in the Philippines?

It certainly came with its challenges, and  sadly it still does. I was raised a Catholic and went to a Catholic school. Most gay Filipinos who are Catholic must grapple with the fact that the Catholic Church still holds a very arcane, anti-LGBTQ stance.

There are struggles that are definitely specific to growing up in a country that is predominantly Catholic and has a very macho culture.

Did you ever encounter any employment discrimination?

I am very lucky because the industry I work in (ie media and arts) is very tolerant and accepting towards the LGBT community. But the corporate sector is more conservative: some of my friends who work in this sector would just not risk being out at work for fear of it negatively affecting their career.

Having said that, in one job interview with the VP of a big mall chain, he kept focusing on questions about my private life (like, ‘who do you live with?’ and ‘are you single?’). Luckily it didn’t get too graphic, but probably because the look on my face told him not to go there!

Are there any popular gay events that take place in the Philippines?

There are quite a few, but mainly in Manila. The Metro Manila Pride is the most popular and in fact was the first one in Asia when it started in June 1994. It has since not only turned into a popular summer event every June, a second annual Pride also takes place in Quezon City each March.

And of course, in line with our Filipino obsession with beauty pageants, we always send our Mr Gay Philippines representative to the Mr Gay World competition since it began in 2009. As well as hosting it in 2011, guess who won the 2017 and 2019 titles?

Hehehe – you guessed right: our very own John Fernandez Raspado, Mr Gay Philippines won the competition and became Mr Gay World 2017 and then Janjep Carlos in 2019.

Why do you think transgender people are more accepted in the Philippines?

We Filipinos are on the whole, a very accepting society. But despite appearances, our society is largely conservative and can sometimes be very unkind to people who are considered different. It’s a strange mix.

For example, the bouncers of the Valkyerie club in BG City (one of the 16 cities that makes up Metro Manila) barred transgender fashion designer, Veejay Floresca from entering because she was not wearing pants to match the ‘male’ gender identity on her ID card and was instead wearing a beautiful yellow dress.

It was however humbling to see the media backlash to this club, forcing them to issue a pro transgender statement stating they do not discriminate against transwomen and transgender individuals, and stating they needed to provide further training to their staff in this regard.

What do you think makes the Philippines so gay friendly?

The famous Filipino hospitality of course, which is deeply routed in our culture. We are a very friendly, warm-hearted people and always look forward to having guests over, as you boys found out…

Which are the popular gay bars in Manila at the moment?

The Manila gay scene used to be based in Malate, but most places there have either closed down or moved. Chelu bar in Malate is still going strong though. Otherwise, the main popular gay hangouts in Manila are:

Are there any gay friendly hotels you recommend?

Manilla is open to gay tourists, so it should not be difficult to find a room as a gay couple. The hotels below have been tried and tested by friends of mine, both local and tourists:

WHERE 2 NEXT HOSTEL   Check prices now

Are there any openly gay Filipino celebrities?

There are quite a few, like comedians Allan K and Vice Ganda, TV presenter Boy Abunda, singer Aiza Seguerra and many more.

But unfortunately there’s a shortage of openly gay actors, presumably because they fear that coming out will compromise the roles they will receive. Whilst this may be the same in Hollywood, you still get famous gay actors like Ian McKellan, Neil Patrick Harris, Jodie Foster and Portia de Rossi.

What are some of the highlights of the Philippines you recommend to gay travelers?

Hands down, Palawan! It's my favorite place in the country, especially El Nido and Coron. We have some of the best beaches in the world here as well as impressive diving and snorkeling. I also recommend checking out the UNESCO listed Underground River and spectacular limestone karsts in Puerto Princesa, also on Palawan island.

I also recommend checking out Boracay island. For many years it was a party island, but it shut for half a year for a big clean up which has improved it a lot.

If you want to connect with Rione, you can reach out to him on Twitter. 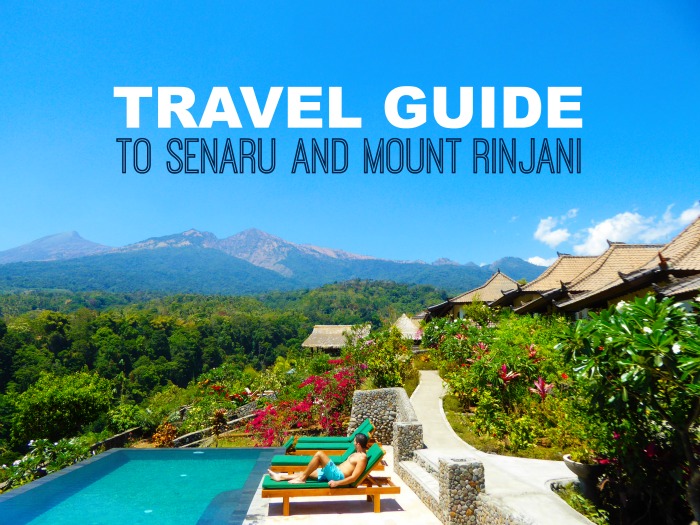 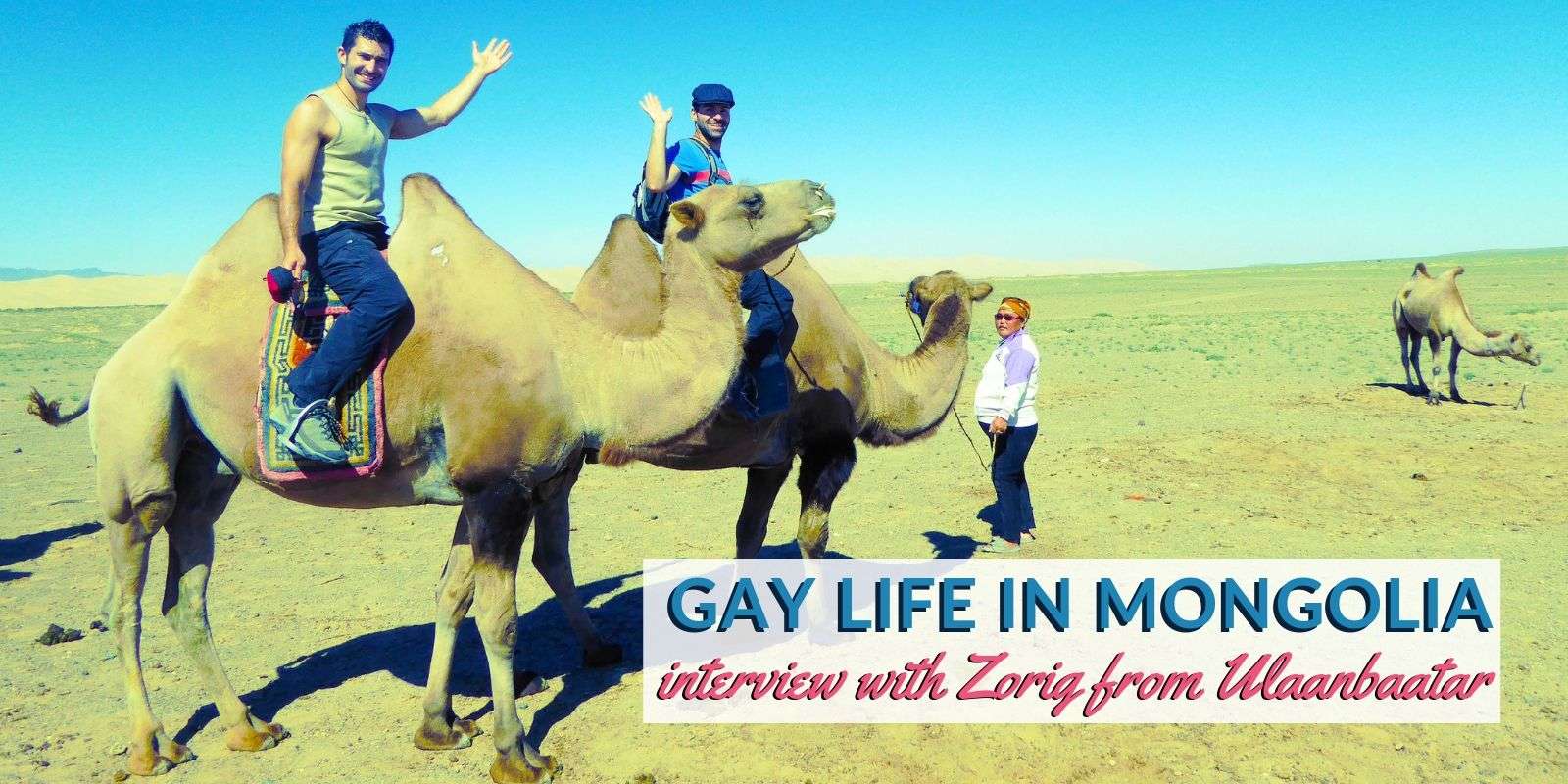 Interview with Zorig from Ulaanbaatar: owner of the only gay bar in Mongolia
Read Next Post →

Hi Rione I am coming to Manila in Nov. I wonder if you can recommend a gay tour guide to take me to the gay bars in Manila. Thks.

To be honest we just discovered it ourselves; it's the best way. Otherwise, best to make local friends when you're on the ground via Grindr?

Hi Rione read y..r post in normadicliife.com. i am coming to Manila in Nov, I wonder if you can recommend a gay guide to take me to the gay bars in Manila. Thanks

Love this. I find it sad that in today's world this bigotry still exists. Frankly I don't really think that someone's sexual orientation should be what defines them and don't understand people who feel the need to judge. Maybe I'm naive but articles like these must be a great support to people who struggle with these issues. Great interview

Love these interview articles, they really get an insight into the local world. How do you normally find people to interview? Few years back, I went to Philippines and absolutely loved it. It was indeed very welcoming and heart warming country. I did go to a club in Fort, but don't remember which one. I doubt it was gay since it was packed with straight couples. My friend's family who live there were very friendly and open. Her aunts event tried to set me up on dates with their gay relatives. One tried to come, but got stuck in traffic hahah. I can't wait to go back and explore more gay scene :)