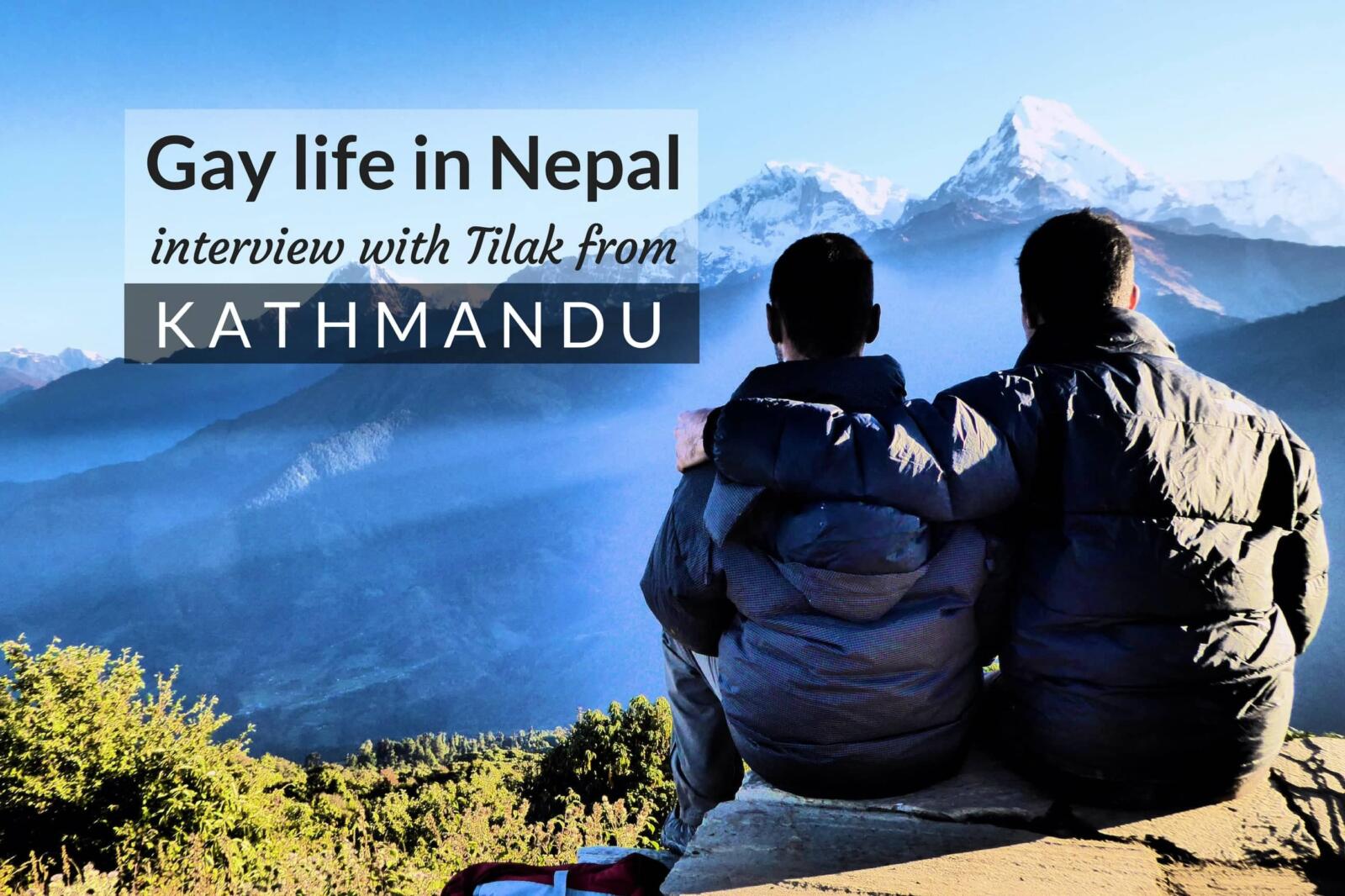 Nepal ranks as one of our favourite destinations. It has some of the most beautiful scenery we've ever seen, particularly on the Annapurna circuit, and foodies will be excited to taste the many types of dal bhat. The icing on the cake, Nepal is a gay friendly country – by Asian standards of course.

Before arriving in Nepal, we expected it to be another very socially conservative South Asian country like the Maldives, India and Sri Lanka, where homosexuality is a crime. However, unlike it's more conservative neighbours, the Nepalese government has over the past decade taken extremely positive steps to protect its LGBTQ community instead of criminalising them:

As visitors to Nepal, we first noticed this when having to complete our landing card when we arrived at Kathmandu airport; it contained a third “Other” tick box for a person's sex:

The push towards gay tolerance and acceptance by the government can be seen in Nepalese society. We felt extremely welcome travelling as a gay couple in Nepal. We never had problems getting a double bed, and only ever encountered warm friendly people, curious to know more about us.

In Kathmandu, we met local boy Tilak, who showed us the small gay scene in Thamel and told us more about what gay life is like in Nepal. Whilst the country is very progressive on paper, and to foreigners, for the local LGBTQ community, Nepal is still very conservative, and for this reason Tilak asked that we keep his identity anonymous.

Namaste Stefan and Seby. I am Tilak, a 32 years old Nepali social worker, living and working in Kathmandu. I've spent a lot of time abroad, particularly in the US and the UK when I was a student.

I am out to my immediate family (parents, siblings), close friends and some colleagues including my boss. I am lucky to have open minded parents They are extremely supportive and have no issues with it, but have asked me to be discrete to avoid ‘society' gossiping.

I haven’t told anyone else, although I'm sure they've figured it out by now. I live in a society, where marriage is the norm: I am now in my 30s and am still not married, which is a big deal here!

Nepal is a socially conservative country. Boys are expected to eventually marry in Hindu culture, and gayness is not particularly accepted.

But the capital city, Kathmandu, has become more international and touristy over the years, largely due to the trekking industry. So much so that we now even have local tour companies here dedicated to gay travel for example, which I think is amazing for a South Asian country! This has also really helped shift attitudes here, making it easier for the younger generation.

One other related thing that comes to mind, growing up, we're used to seeing two men holding hands and being very docile with each other in public. This is something you will see a lot of in Nepal, and also in India. This is not a gay thing at all, it's just cultural for us – a sign of friendship amongst men, nothing more.

The gay scene of Nepal is largely based in Thamel, central Kathmandu. Outside of the capital, there isn't much of a gay scene anywhere else. We use gay mobile phone apps like Grindr and Scruff to connect with each other.

The main gay bars and clubs in Kathmandu are:

Are there any gay friendly hotels you recommend in Kathmandu?

For Kathmandu, based on the opinions of gay friends from abroad who've visited Nepal, I would recommend these ones:

Are there any popular gay pride events in Nepal?

We have an annual pride parade held in August/September on the day of Gaijatra (a local Nepali festival of cows). The turnout is pretty high and it's a lot of fun.

Another popular event we love is a gay beauty contest called Mr Gay Handsome held every June in Kathmandu. It was started by The Blue Diamond Society, one of our most popular LGBTQ organisations.

Finally, are there any particular styles of saris you recommend we wear for Kathmandu gay pride?

Hahaha I agree with you boys. The sarees are beautiful and make for a fabulous outfit, especially during pride.

To be honest, one would do, they're all awesome! My favourite is the black/red saris worn by the Newar women, called haku patasi:

If you enjoyed reading, please pin me: