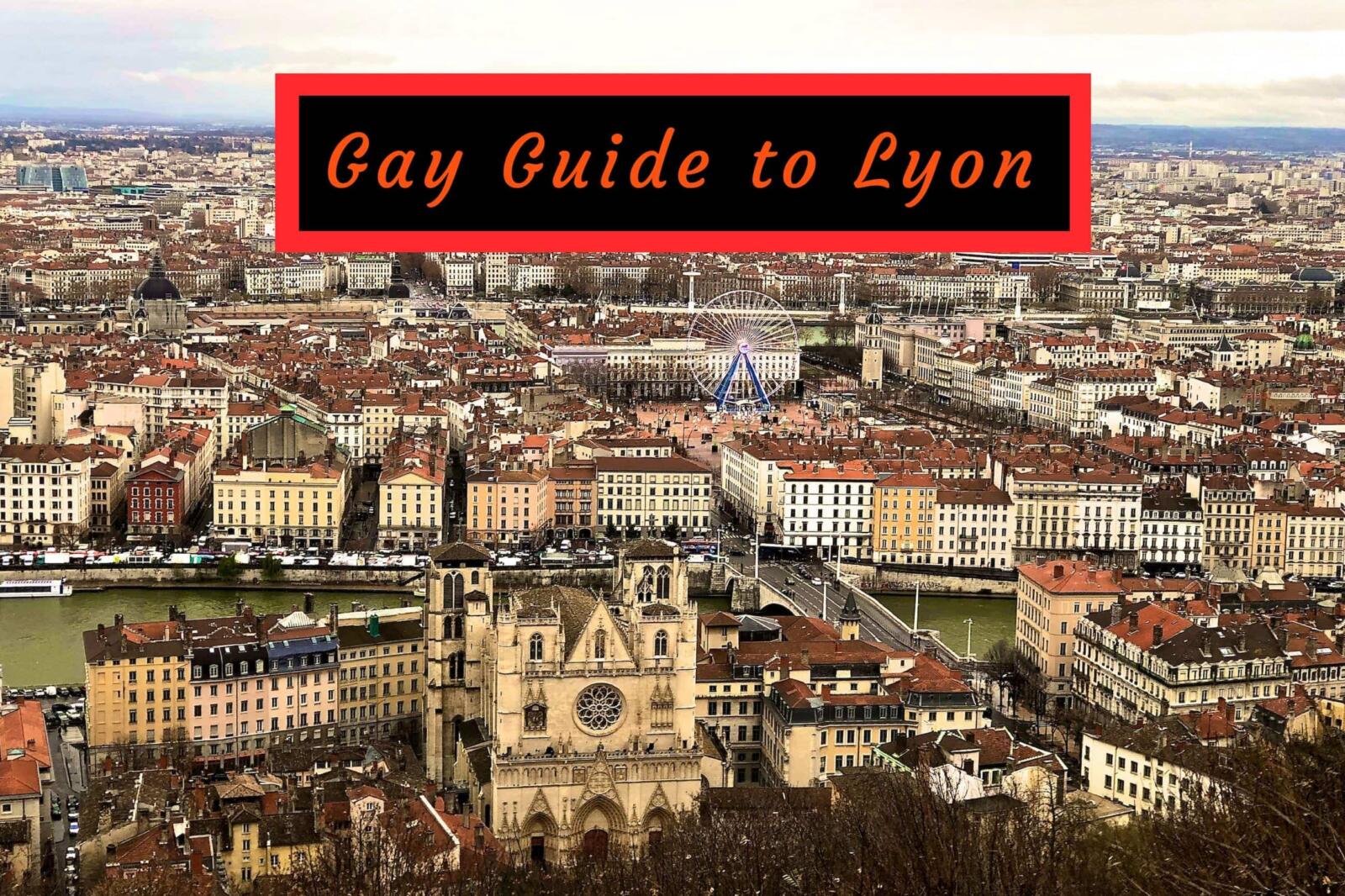 We love Lyon because it has a mix of everything. As well as a fun gay scene, it is also famous for being the foodie capital of France and for having many UNESCO listed buildings.

The majority of the gay nightlife of Lyon is located in the Presqu'île. This is the area where the two rivers, the Rhône and Saône meet, forming an island-like peninsula. The southern section of the Presqu'île is the confluence point of the 2 rivers and is more residential. The northern end of the Presqu'île is where the majority of the gay scene is, particularly between Place des Terreaux and Cordeliers. In this area, it is not uncommon to see same sex couples walking the streets holding hands.

Following our many trips to France's gastronomical capital, we've put together our gay guide to Lyon including the best bars, clubs, cruising clubs, saunas, events and places to stay.

France is one of the most gay friendly countries in the world, so you are unlikely to ever have any issues booking a double bed or feeling unwelcome as a gay traveller in most parts of the country, particularly in Lyon. These are our favourite gay hotels in Lyon based on our personal experience, as well as recommendations from fellow LGBTQ travellers:

This is one of Lyon's most luxurious hotels and super gay friendly. The Spartacus Guide recommends it, as well as our gay friends living in the city who come here to celebrate very special occasions. It's gorgeous, grand and nicely located in Vieux Lyon (Old Town), so you have all the touristy sightseeing highlights on your doorstep.

The other big highlight here is the highly rated inhouse Michelin starred restaurant of Paul Bocuse, which is definitely worth trying, even if you're not staying here. If you're heading to Lyon for a romantic, special occasion, this is definitely the place you want to stay, especially if you're a foodie.

Collège Hotel is a very unique place to stay in Lyon because of its quirky collegiate school-themed decor. It is well located, walking distance to both Vieux Lyon and the gay nightlife, reasonably priced and always welcoming to us as a gay couple.

It has cute signs warning pupils not to spit on the floors, the TVs in the rooms are embedded in a blackboard, and the welcome pack comes in a pupil’s pencil tin. Also, the (very generous!) buffet breakfast is served in the “Salle de Professeurs” where you almost expect a gowned schoolteacher to emerge with a cane to hand!

This is a 3 star boutique hotel located walking distance to both Vieux Lyon and the gay nightlife. It's geared towards couples, and warmly welcomes same sex couples.

Rooms at Hotel des Artistes start from $145/€126 a night and include a buffet breakfast.

Regardless of the season, the gay bars of Lyon are always a lot of fun, particularly as there is a large student population in the city. In the summer, the gay crowds spill into the streets outside. In the winter months, it's super cozy with everyone buried inside the bars, clutching a cup of mulled wine. These are some of our favourite gay bars in Lyon:

There are a handful of gay clubs in Lyon located mainly in the northern end of the Presqu'île unless stated otherwise:

There are several well known gay sex clubs in Lyon. If you want to shop for your cruisy night out, check out DOGklub at 12 rue Romarin, open Monday to Saturday from 12:30-19:30.

The 2 most popular gay sex clubs in Lyon are:

The gay saunas are mainly based in the northern end of the Presqu'île close to the gay nightlife of Lyon.

Lyon has one of the best LGBTQ film festivals in France, a super cool Pride event, and of course the very famous Light Festival in early December:

Lyon is a foodie destination, with many highly rated “bouchons” (the French word for the traditional restaurants of the city). There are also several highly rated gay owned restaurants in Lyon: