5 awesome gay events not to miss in Montreal, Canada 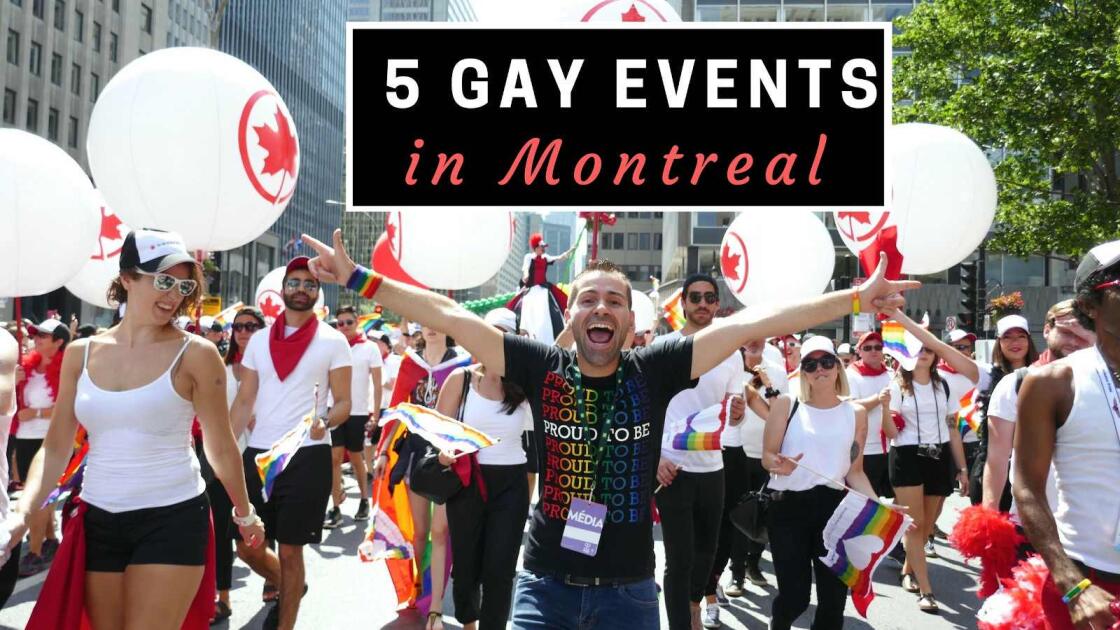 Our detailed guide to the most exciting gay events in Montreal that we think all LGBTQ travelers to Canada need to check out!

“You can never have too many festivals!” says Montreal…

It's actually a thing the city is famous for – Montreal has a festival for almost everything. There's one happening every other weekend of the year, even during the freezing cold winter months (and these guys have serious winters where temperatures hit an average low of -10°C / 14°F).

What we love about Montreal is that it also has a large number of festivals and events for our LGBTQ community taking place throughout the year. The Fierte Montreal Pride, in particular, is not only the largest queer event in Montreal, but it's also one of the biggest and most popular events in the entire city.

These are our 5 favourite not-to-miss gay events in Montreal, which are definitely worth taking into account when planning your trip.

Montreal's gay pride is 10 days of festivities, parties, events and a huge parade on the final day, which engulfs the entire city. The handsome and very charming Canadian Prime Minister, Justin Trudeau, usually leads the parade.

The Fierte Montreal Pride takes places every August and it's definitely one of the best pride events we've been to.

We went to the Fierte Montreal Pride in August 2017 when the city was also hosting the first edition of the nationwide Canada Pride. You can watch our vlog about it above.

What we love about Montreal Pride is how diverse it is, with people from all around the world attending, including straight allies, and families with their children. In addition, during the parade at 1:30pm, it is tradition to have a 1 minute Moment of Silence, where everyone stops to commemorate and honour all LGBTQ pioneers. It's a very powerful moment, which makes your hairs stand on end as you're reminded of the importance of Pride and why we are celebrating.

B&B is a very popular 5 days gay event in Montreal featuring electro and techno music. It takes place during the Canadian Thanksgiving weekend, which is the second Monday in October. The B&B started in 1991 and has been going strong since, today attracting around 70,000 people. It's also in aid of an excellent cause, with proceeds going to HIV/AIDS charities.

On each day of the B&B festival there is a main event, which starts late and goes on into the early hours of the next morning. The opening event on the Thursday is the Jock Ball, on Friday it's the Leather Ball, on Saturday the Military Ball, on Sunday the Black & Blue Main Event and on the Monday it concludes with the Recovery Party.

One final thing: remember the dress code – black and/or blue!

The 3 Image+Nation Gay Film Festival takes place every year for 2 weeks in late November and early December. The festival brings together outstanding local, national and international films for both Montreal’s LGBTQ community, and for the city's avid film lovers.

The Film Festival features a competition running throughout the fortnight, with the awards ceremony taking place on the final day. The 2017 festival is an important milestone as it celebrates its 30th anniversary.

Piknic Electronik is a weekly electronic music festival, which takes places every Sunday during the summer months at the Parc Jean-Drapeau. It's extremely popular, attracting thousands of people to each event. It began in 2003 in Montreal, and has since expanded to Barcelona, Dubai, Santiago in Chile and Melbourne.

Whilst Piknic Electronik is not an exclusively gay festival, its diverse programming has made it a highlight of the Montreal summer cultural circuit. As such, all our local gay Montreal friends strongly recommended it to us.

Igloo Fest is an annual 1 month outdoor music festival which takes place at the Old Port of Montreal in the deep dark cold months. Montreal is famous for having extremely cold temperatures during the winter period, averaging -15 Celsius (5 degrees Fahrenheit), but this doesn't stop people going out and enjoying themselves. Igloo Fest is a shining example of that as people come here in large numbers to party and keep warm by dancing.

During the festival, every weekend features a large electro music party, as well as a unique #Iglooswag “winter wear” competition, in which contestants show off their one-piece suits.

Like Piknic Electronik, it's not an exclusively gay event, but it's extremely popular with the LGBTQ crowd. We met one of the (very sexy) organisers of the Igloo Fest and Piknic festivals called Iannick, who told us more about them:

This post may contain affiliate links which means if you make a purchase through one of these links, we will receive a small commission. Read our disclosure for more info.
1.3K shares 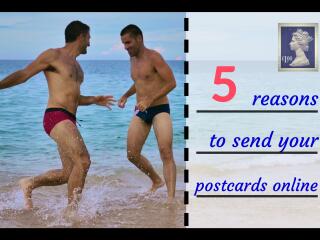 5 reasons you should be sending postcards online
← Read Last Post 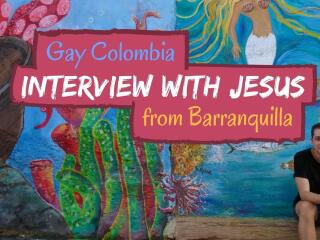 I need to travel to one of the gay events and appreciate what l believe in. But l need to bee sponsored because am living in a country where we gays are persecuted especially by our local communities.

LOVE THEM ALL 5 WAYS TOGETHER IN MONTREAL