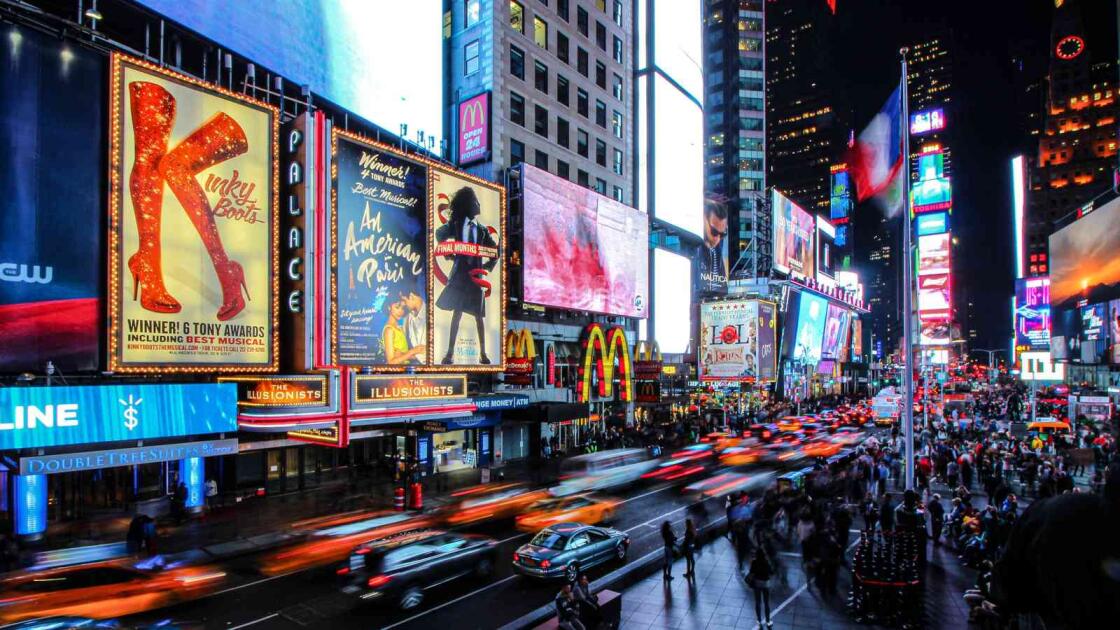 Whether you're a first-time visitor or a seasoned scene queen, here's our roundup of the top gay bars in New York City to check out now!

Everyone knows that the New York City gay bar scene is nothing short of vibrant and the city’s nightlife is unquestionably busy.

New York is also one of the gayest cities in the United States. The problem is that sometimes it can feel overwhelming, especially if it’s your first time visiting the city. We certainly felt that way on our first visit here. It can feel like there's just too much to do and not enough time… where do you even start?

Here is a list of the top gay bars in NYC, whether you're a first-time visitor or a seasoned scene queen! And the best part…most of them are on the west side either in the West Village, Chelsea, or Hell’s Kitchen, so really, depending on how long you are in the city, you can bar hop and visit most, if not all of them!

This NYC gay landmark is where the modern gay rights movement started in 1969. Popular with tourists and locals alike, it's no surprise that the crowd varies in age, gender, and geography. You’ll meet people from everywhere in this gay bar.

The atmosphere is great and the staff is super friendly. It’s an institution and considered a ‘rite of passage’ to visit, especially if it’s your first time in New York City. The Stonewall National Monument and Christopher Park are also right across the street to commemorate the site of the Stonewall riots. To cut a long story short, New York Pride was born right here!

The Stonewall Inn is located at 53 Christopher Street in Greenwich Village and is open every day from 2 pm until 11 pm.

Everyone knows about The Stonewall Inn, but did you know that Julius' is considered the oldest continuously operating gay bar in New York City? Julius serves not only cocktails but some of the best burgers on an old-school grill.

The interior is simple but you may actually recognize it as it has been featured in numerous movies and television series, including the ‘Boys in the Band’ ‘Can You Ever Forgive Me?’, and ‘Pose', just to name a few.

Julius' is located in Greenwich Village at 159 West 10th Street and is open Tuesday – Friday from 2 pm until 10 pm and weekends from midday until 10 pm.

From elegant drag shows with funny queens to underwear parties, Pieces is one of the best gay bars to go to in New York City to create great memories. The crowd is very diverse, and it is no surprise that weekends are the most popular time to go. Make sure to take advantage of their liquid brunch on Saturdays and Sundays.

Pieces is located at 8 Christopher Street in Greenwich Village and is open daily from 2 pm until 4 am.

Our one pick for Chelsea is Rebar – well known for its gay Latin parties and “caliente” atmosphere, this bar’s crowd tends to be between ages 25 and 45. The best day to hang out is on Saturdays from midnight until 4 AM.

Also popular for its diverse crowd, Rise Bar and Lounge welcomes everyone with its relaxing and modern atmosphere. You can truly stop by any day of the week and have a great time, especially with their event nights.

Their drag performances are super popular, and they also feature RuPaul’s Drag Race viewing nights. If you love the vibe of crowded gay bars, you will want to go on Saturdays between 11:30 PM and 1 AM. It is often where people meet up to start their night out.

Industry is the only gay bar and nightclub on the list with a decent size dance floor. It is also known to have some of the best drag performances, you can stop by any night of the week and have a great time while watching amazing talent. The crowd tends to be on the younger side and is great for those who want to dance the night away.

Industry is located in Hell's Kitchen at 355 West 52nd Street and is open every day from 6 pm until 11 pm.

Definitely one of the most unique spots, this wild-west-themed gay bar is where country music meets gay dance party – the bartenders often hop onto the bar top and dance to a variety of country and top 40 songs. They also often pour shots into people’s mouths so stay close to the bar!

All this to say that this place super lively and memorable. They even have a jukebox so you can make sure your favourite tune gets played!

Flaming Saddles is also in Hell's Kitchen, located at 793 9th Avenue. It's open from 3 pm until 4 am Monday to Friday and 2 pm until 4 am on weekends.

The Ritz is located on Restaurant Row in Hell’s Kitchen. When you first walk in it looks like just a simple narrow bar. However, move on into the back or upstairs and you will discover a packed dance floor. The crowd tends to be more mixed but the vibe is super relaxed and welcoming.

Lesbian-owned and operated, this is the ultimate hangout for lesbians and the gay-friendly community, plus it's open year-round. They have won several awards, including Best Lesbian Bar, Best Bartenders, Best Latin Party, Best DJs, and more!

Henrietta Hudson is located in the West Village at 438 Hudson Street. It's open every day from 5 pm until either 2 or 4 am (but only until midnight on Mondays).

This post may contain affiliate links which means if you make a purchase through one of these links, we will receive a small commission. Read our disclosure for more info.
22 shares 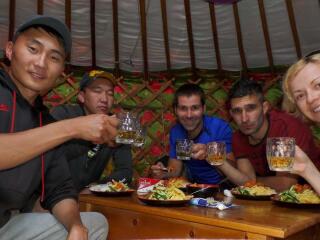 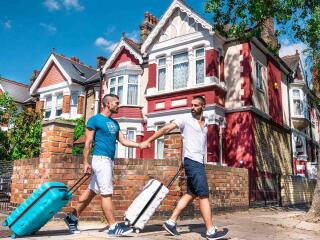 10 tips for gay couples traveling together
Read Next Post →

Barry Hoy is an Asian-Canadian, born and raised in Toronto and transplanted to New York City. Barry is an ambassador of all things travel – he is also a travel, food and lifestyle writer who showcases great destinations, their local experiences, and all of the must-see places around the world.Through his Instagram and travel blog, Barry shares these moments and his favourite destinations with his readers and followers. We are excited to have Barry join our Nomadic Boys family to share his love of travel and inspire others.