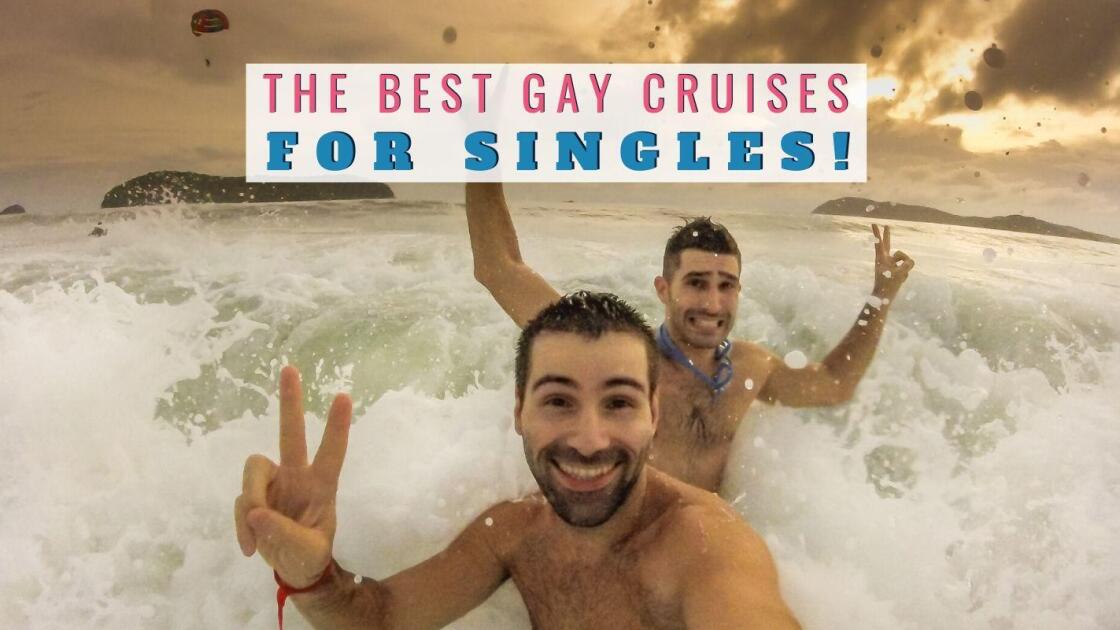 “The single supplement is HOW MUCH?!”

Whilst we love going on gay cruises together, we also do the occasional solo trip independently of one another – something we recommend everyone does, whether you're in a relationship or single. The bane of solo travellers, however, is having to fork out for the luxury of travelling solo…

We get it. Cruises have to account for their costs. But what if you want to set sail and not have to factor in this unnecessary cost? In fact, a question we're often asked by many of our fabulous readers is “which are the best gay cruises for singles?”

We've scoured the net and found all the best gay cruises available for solo travellers and put them all in this detailed guide.

How to choose the best gay cruise when you're travelling solo

It can definitely be tough scouting out the perfect cruise when travelling solo. Everything is geared towards couples, so branching out can be very intimidating, not to mention expensive since you usually have to budget for that ubiquitous single supplement fee! Luckily, there are several options available for solo travellers

There are a handful of cruise lines that offer a ‘Room Share Programme'. This is where they pair you up with another solo traveller based on whether you are a smoker or non-smoker and sometimes with even more details about your personality. We love this idea because you know that you're likely to make a new lifelong friend (if not something more!!). The Room Share Programme is also a fantastic way of getting around paying for that single supplement.

This is probably more suited to younger LGBTQ travellers…let's just say one reaches an age where the idea of sleeping in bunk beds is not as exciting as it was when one was in one's 20s! Cabins come with either bunk-beds or a double bed (which is split if it's not booked for a couple), so you will be placed with other solo travellers if the cruise is fully booked.

Yes, you read right! Instead of being punished for being a single traveller, some cruises will offer a single crew cabin discount. Some of GaySail's cruises have small crew cabins with access from the front deck which you can book for a 30% discount.

The Gay Singles Caribbean Cruise organised by LetsCruiseAway is the only gay cruise we've found that actually offers special low pricing on full-size cabins for single/solo guests. Note: however, this is not an exclusively gay cruise, but a small group of gay guys among a larger cruise. 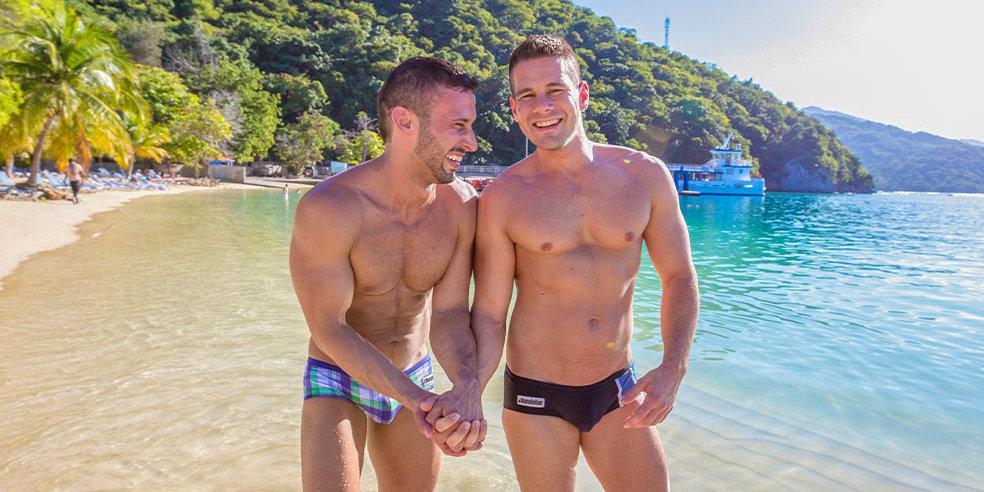 Taking place on Scarlet Lady, this cruise sets of from Miami and heads to the Florida Keys, Cozumel, Costa Maya, and the Bahamas. There's no shortage of things to do while onboard from theatre shows and pool parties to sweating it up in the gym, having a lazy brunch, or watching hilarious drag queens. 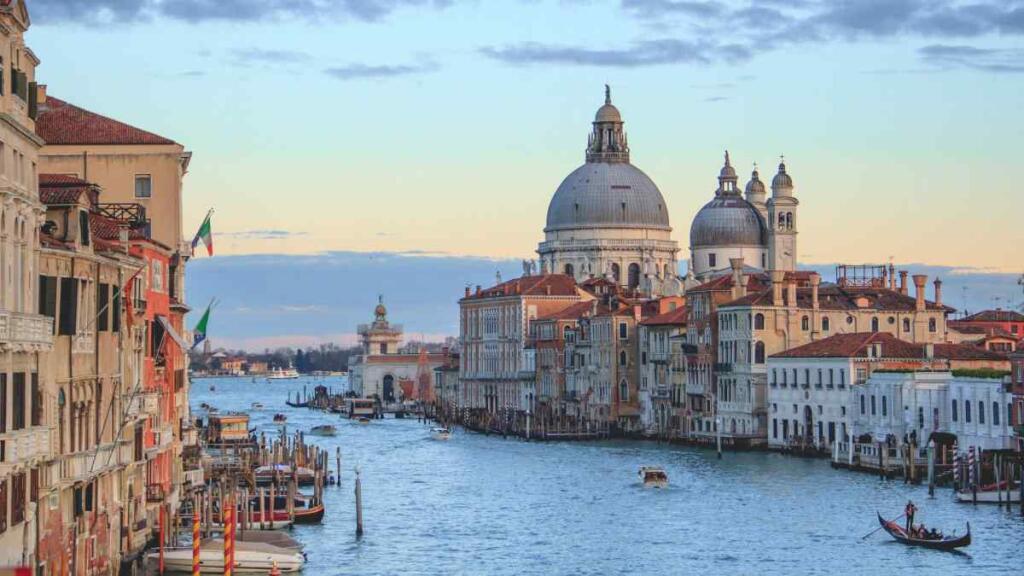 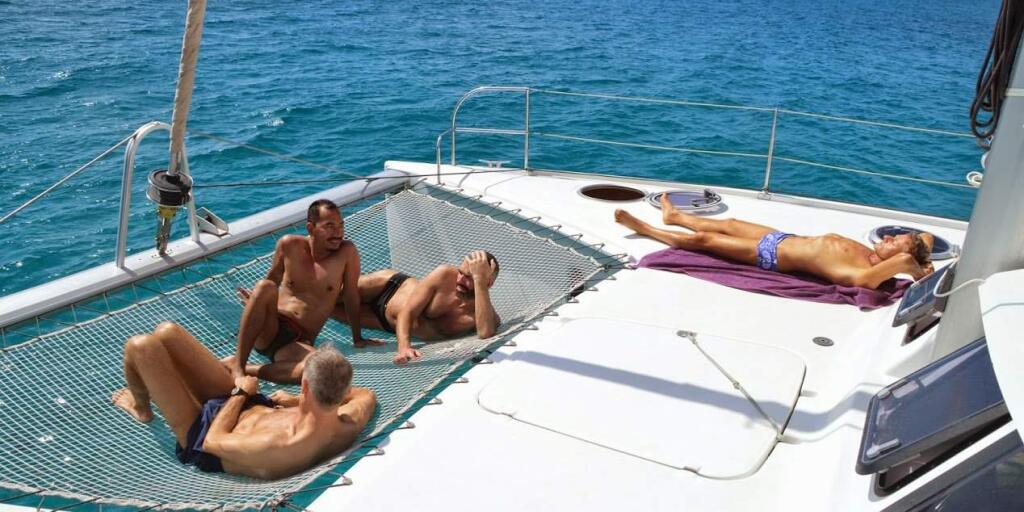 GaySail’s Croatia cruise takes you to the beautiful city of Dubrovnik, before hopping between the islands of Miljet, Lastavo, Vis, and Brac, then ending up in the bustling city of Split. It’s a fantastic way to make fast friends with the other fabulous guests as you relax and explore the Croatian coastline together. 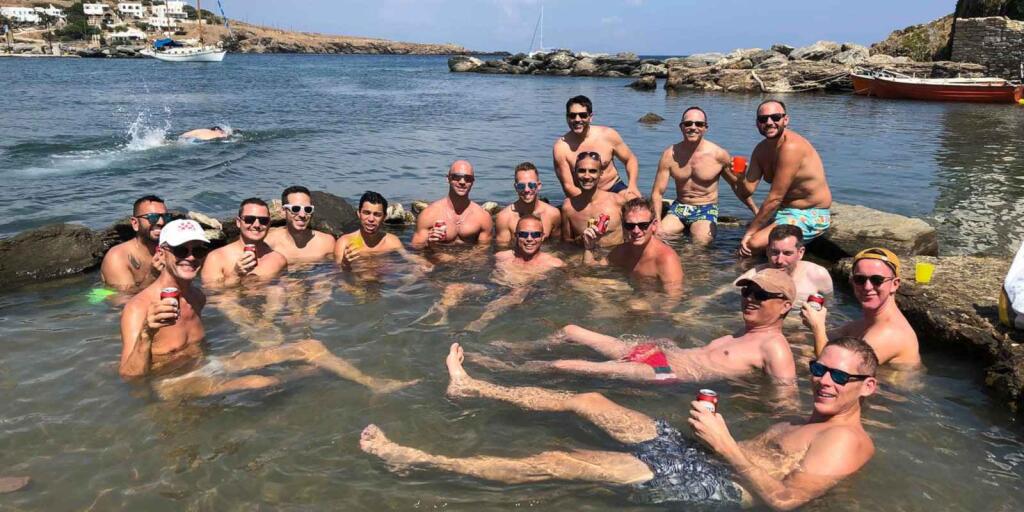 If Greek island-hopping with 22 other gay guys sounds like a fun time, you'll want to get onto GaySail's gay cruise in Greece. This cruise departs from Athens and includes stops in the islands of Poros, Hydra, and Spetses. GaySail also offers the option of a gay nude sailing cruise in Greece! 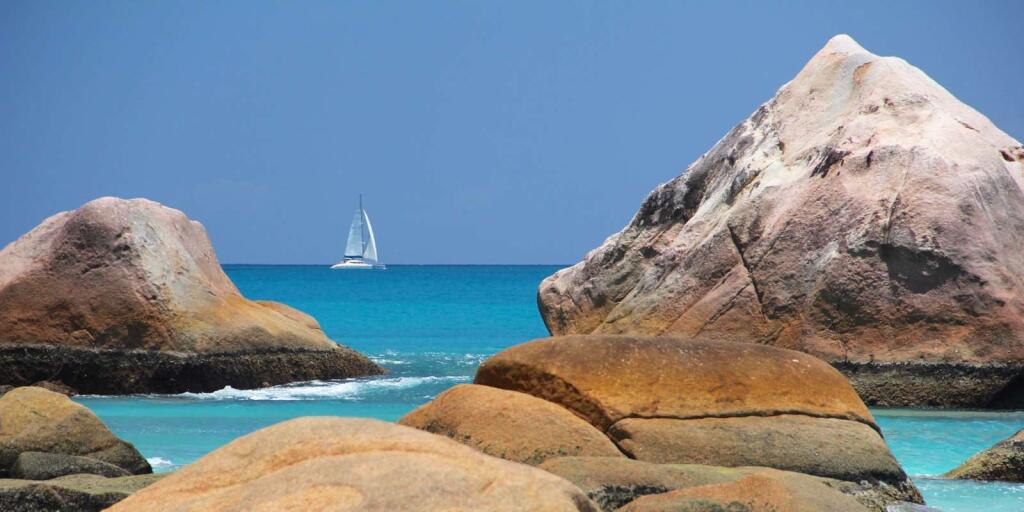 GaySail is hosting this fantastic gay cruise along the coast of Seychelles in West Africa. This cruise is made for all the big animal lovers of the world! Spot lizards running through the sands, listen to the parrots squawking from the treetops, and try your hand at horseback riding. 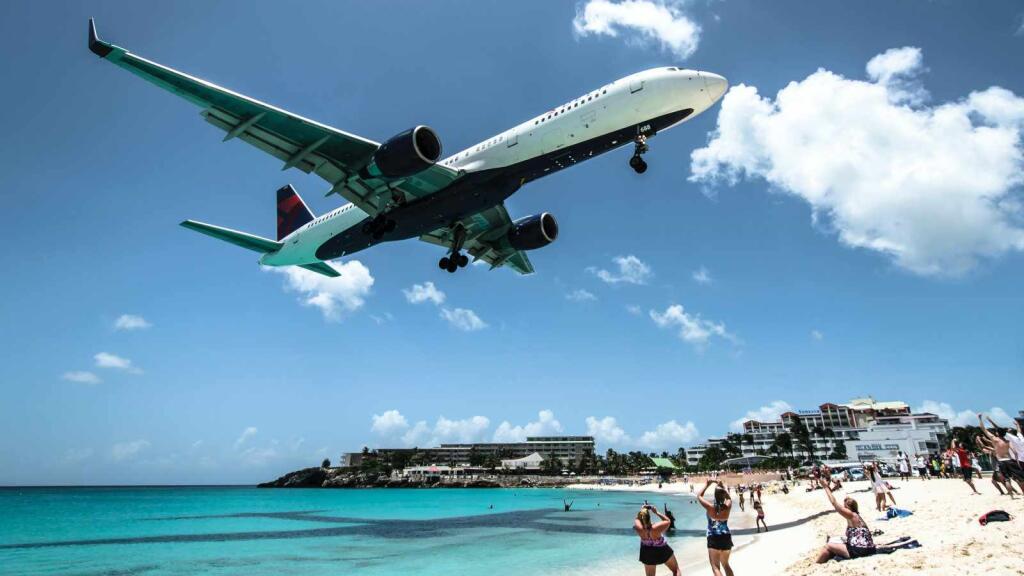 Explore the Caribbean around St Martin on a gorgeous 40 foot-long Lagoon Catamaran. Highlights include snorkeling by the reefs of deserted, uninhabited islands, world-class diving into a whole new world, and the stunning sunsets at the Bay of Grand Casse on St Martin and Maho Beach. Leave behind your worries…and your clothes! 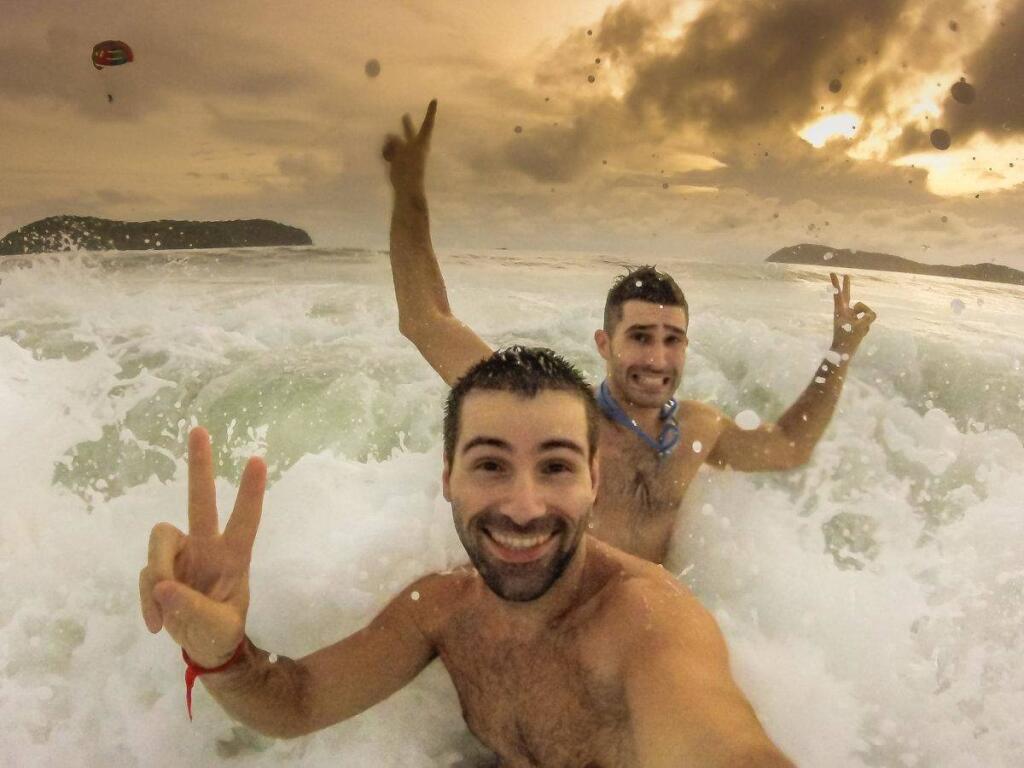 You will love being on this nude gay cruise, and getting to see the various delights dotting the coast of Thailand! Climb aboard one of two luxurious 40-foot Lagoon Catamarans to explore some of Thailand's most beautiful islands. This cruise takes place over Christmas, so you can swap freezing snow for sun and sand!

The RSVP anniversary cruise is inviting all gay singletons looking for love to sail around the Caribbean. With a room-share program, it's perfect for solo travelers to make new ‘friends' while visiting Little San Salvador Island, Grand Cayman, Half-Moon Bay in the Bahamas, Cozumel in Mexico, and Key West in South Florida. 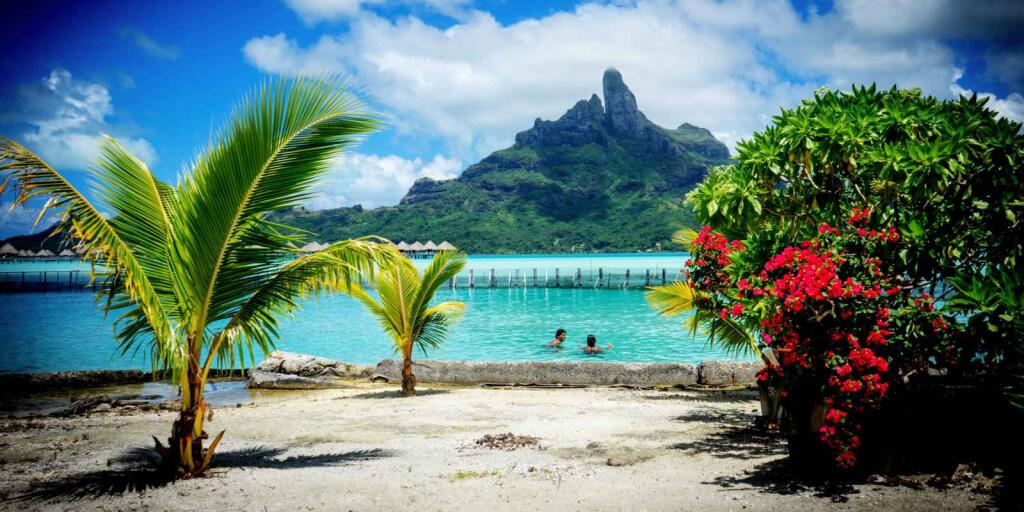 This is a fantastic one-week luxurious and super intimate gay cruise in Tahiti with just 14 passengers aboard a 52-foot catamaran. The cruise is simply spectacular, passing ancient volcanic remains with the chance to swim with sharks, manta rays, go diving, hiking, and even jeep safaris on the volcanic rock faces.

Cruises that have already departed

There are no past events.

This post may contain affiliate links which means if you make a purchase through one of these links, we will receive a small commission. Read our disclosure for more info.
285 shares 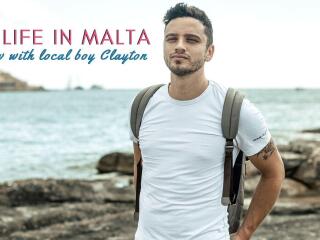 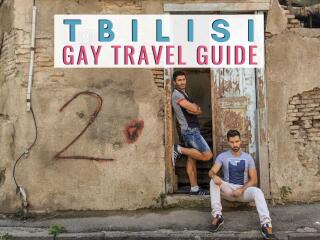 Gay Tbilisi: our travel guide to the best bars, clubs, hotels and more
Read Next Post →

Interested in a gay cruise leaving in 2022 ! Please forward me more details as to choices of ships & rates available. Thank you, Gerald Alepin [email protected]

We definitely recommend the ones in this article :)

Thanks for putting together all the gay cruise information. Very interesting.

Also, I think there is a small typo under #12 Caribbean Cruise:

"All you need for this Atlantis gay cruise are your best speedos and that leather hardness you've got stashed away in your closet!"

I think you mean "leather harness" ? Not sure. Just thought I would pass it on.

Noted, thanks Ed! Have updated that typo :)

I’m a gay 70 year old guy are there gay cruises that would have people my age ? I do get along great with guys younger than me but don’t want to be the only senior on the ship. I’d love to do a cabin share as it’s always more fun to have someone you know to do some things with. Thanks Joe Landquist

Hello Stefan: I appreciate the information regarding solo traveling. I have never been on a cruise, and at 71 I think its about time to take the plunge. Not your typical 71 year old, look and act younger for sure, in fact don't mind sleeping on a bunkbed, yeah the top bunk. I do prefer guys younger than me, and am in good shape, work out at the gym, run, bike, and yoga. While the cruise seems appealing, I feel somewhat intimidated when I see all the younger guys and really nobody my age. But then I am attracted to guys lot younger than me, so wondering if I would feel out of place/awkward. I hope I am making sense--lol! I guess my question is where does someone like me start? Any advise or guidance would be appreciated. Thanks, and take care. Happy Valentines to you and your husband! Michael

Thanks Michael! You're amazing and a huge role model for us all :) Advice? Honestly, just go for it -one of these cruises would be puuuurfect for you.