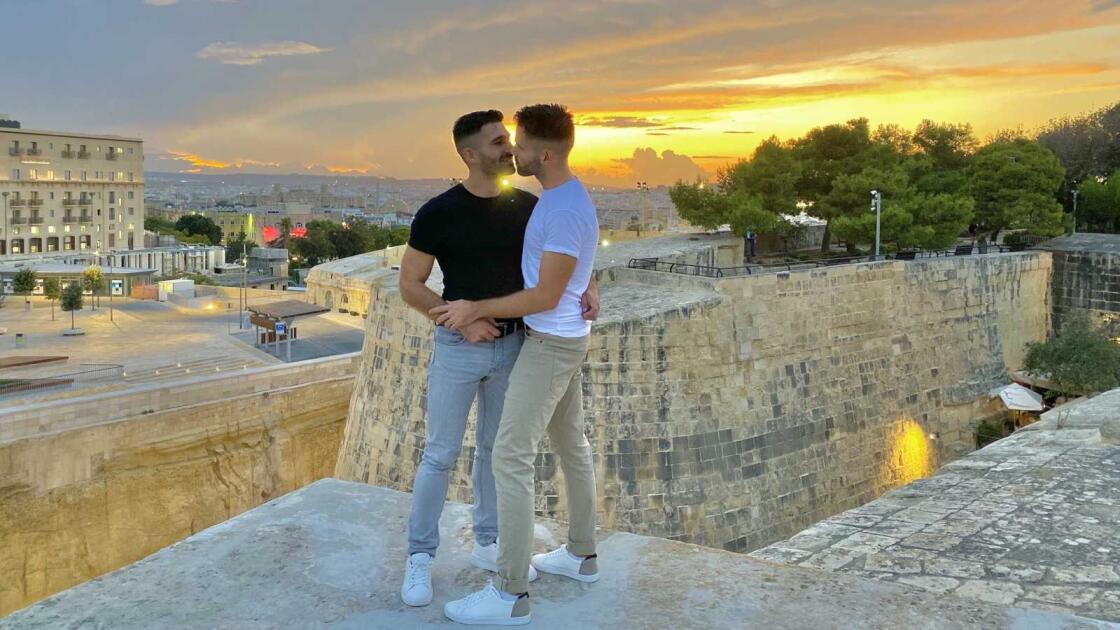 It's an incredible country with so many things to do, whilst at the same time, EASILY ranking as one of the most gay friendly countries in the world that we've ever been to.

We felt so welcome by everyone here and never had any problems checking into a hotel room. We also got to discover the gay side of Malta and were pleasantly surprised to see that despite being such a small nation, it has a comparatively high number of queer hangouts and events.

In this article, we explore what it is that makes Malta so darn welcoming to the LGBTQ community, specifically in light of the ILGA's 2022 European Rainbow Index, which ranked Malta top of the class with an impressive score of 92%!

ILGA Europe is an independent NGO that focuses on international change on a political, legal, and social front in both Europe and Central Asia. Their yearly reports showcase the levels of protection of dignity, freedoms, and human rights regardless of who you love, gender identity, or gender expression.

Each year, ILGA advocates for human rights and equality, by measuring and tracking a range of different factors relating to the LGBTQ community across Europe. For the past 7 years, the unassuming cluster of Maltese islands has claimed the #1 spot for ILGA’s LGBTQ rights!

History of LGBTQ rights in Malta

The first milestone for Malta was the legalization of homosexuality back in 1973 followed by a number of legal milestones. From the outset, the Maltese LGBTQ community has fought long and hard for progress. One of the earlier pillars of success for example was allowing LGBT people to openly serve in the Maltese Army. Another landmark moment was the introduction of Civil Unions between LGBTQ couples in 2014, which subsequently evolved into full marriage equality in 2017. More recently in 2022, Malta banned conversion therapy on minors.

Other pivotal improvements in Maltese law for the LGBTQ community include legalizing adoption to single members of the LGBTQ community and subsequently to gay couples. In addition, IVF treatments are now also available through local healthcare and private medical care.

The most striking progress in relation to Maltese LGBTQ laws is in regard to gender identity, in particular allowing transgender and non-binary people the right to change their gender with or without surgery. This right extends to full access to public healthcare, education, and equality within the workforce.

Inclusivity is everywhere in Malta, especially when it comes to the cultural and entertainment programs that run throughout the year. There are always a plethora of interesting things to do, see and participate in if you’re looking to have a good time.

Some of the best upcoming summer events that will captivate everyone’s attention include the Malta Jazz Festival, Isle of MTV, the Malta International Food Festival, and also Lewis Capaldi in Concert! Other exciting LGBTQ events include Malta’s Gay Pride which will take place from the 2nd to the 11th of September 2022 (despite June being known as Pride Month globally).

Malta has so many inclusive events and activities throughout the year that attract not only the LGBTQ community but the entire population. It's this sense of unity felt across the entire country that makes Malta feel so welcoming and gay friendly.

How does the Rest of Europe compare in relation to LGBTQ Rights?

The 2022 Rainbow Map and Index presents a detailed account of the legal policies reflecting the rights of LGBTQ people in Europe. The percentage score is awarded to each of the 50 participating countries based on 7 qualifyings “sectors”: Equality and Non-Discrimination, Family, Hate Crime and Hate Speech, Legal Gender Recognition, Intersex Bodily Integrity, Civil Society Space, and Asylum. Each of these broad sectors is further divided into more specific sub-categories, and for each one, a representative from each participating country notes their nation’s acceptance of each category.

Malta summed up a rating of 92.02% only failing to meet the standards related to ‘Goods and Services’ and ‘Health’ (on the basis of Gender Identity and Orientation), ‘Constitution’, and ‘Blood Donation’ (on an entire front). These factors all relate to the umbrella group ‘Family’ and were relevant at the time the survey was carried out. Recent discussions regarding Blood Donation of gay and bisexual men might see an improved score for Malta in future indexing.

By comparison, even high-ranking countries such as Denmark (2nd place) and Belgium (3rd place) still trail behind Malta with a score of 73.78% and 71.51% respectively. The areas of improvement needed for these two countries to reach Malta’s level of LGBTQ rights relate to the ‘Hate Crime and Hate Speech’ for Belgium, and ‘Legal Gender Recognition' for Denmark.

Malta is one of the leading countries in Europe to follow the category of ‘Prohibition of Medical Intervention Without Informed Consent’ in relation to Intersex people. Germany, Iceland, Portugal, and some regions of Spain also follow suit.

The sector of ‘Intersex Bodily Integration’ features another 3 category standards that are not met by any of the European countries involved in this Index. This is perhaps where a great amount of education and reform needs to take place for Malta to reach the 100% mark.

The local climate for hate crime and hate speech is not as severe as it is in neighboring European countries or the rest of the world, but of course, there are a number of improvements that the local LGBTQ community can hope for in Malta. While integrations in society are at an all-time high in Europe, even claiming Malta one of the safest gay-friendly places to travel to, the community will continue to be advocates for change for future generations no matter their placement on the LGBTQ spectrum.

For a deeper insight into why we think Malta is so gay friendly, read our interview with local Maltese LGBTQ activist, Clayton from Rabat, who also told us about what gay life in Malta is really like. 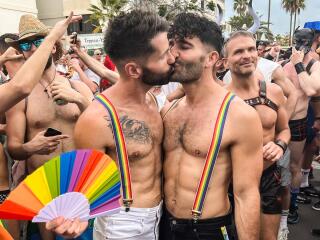 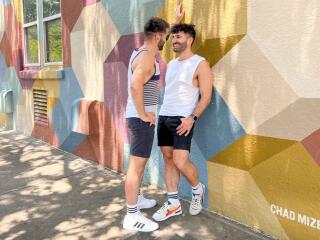